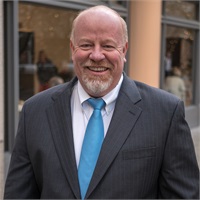 Bill uses his lifelong experience focusing on two items: researching the issues facing clients and finding the best strategies to help them reach their life-defining goals. Bill actively communicates with clients through a listen-first, listen-often approach.  He began his finance career with Edward Jones in 2003, where he became an award-winning mentor and trainer to financial advisors. He joined MPCA in 2016 after many years serving clients at UBS and RBC Wealth Management in Seattle.  He holds the Accredited Asset Management SpecialistSM (AAMS®) designation.

After the service, Bill worked as a senior test engineer at Rockwell’s semiconductor division, and later became a director at a privately held start-up. Bill’s last stint in the start-up world was at AirFiber, where he was the senior manager of service programs.