Whistling by the Graveyard

As we always say, many things that happen daily tend to be noise, and are simply a distraction from our financial goals. These distractions will often cause us to act on (or more likely react to) current events that likely would not otherwise have any lasting effect, but seem serious at the time.

Then there are the other times that news goes by and we hardly pay attention to it. In the land of Twitter and 24/7 news coverage, this gets more and more tempting. Some people call that “whistling by the graveyard.” That just means that something serious is happening that we are ignoring for the most part.

Ok, so what’s so important? The overnight funding rate that banks pay to each other last week spiked to over 7%, causing concern that the credit market was exhibiting signs of stress. Ultimately the Federal Reserve came in and injected $75B of liquidity to the market and rates came down to basically normal levels (almost to the overnight rates set by the FED). 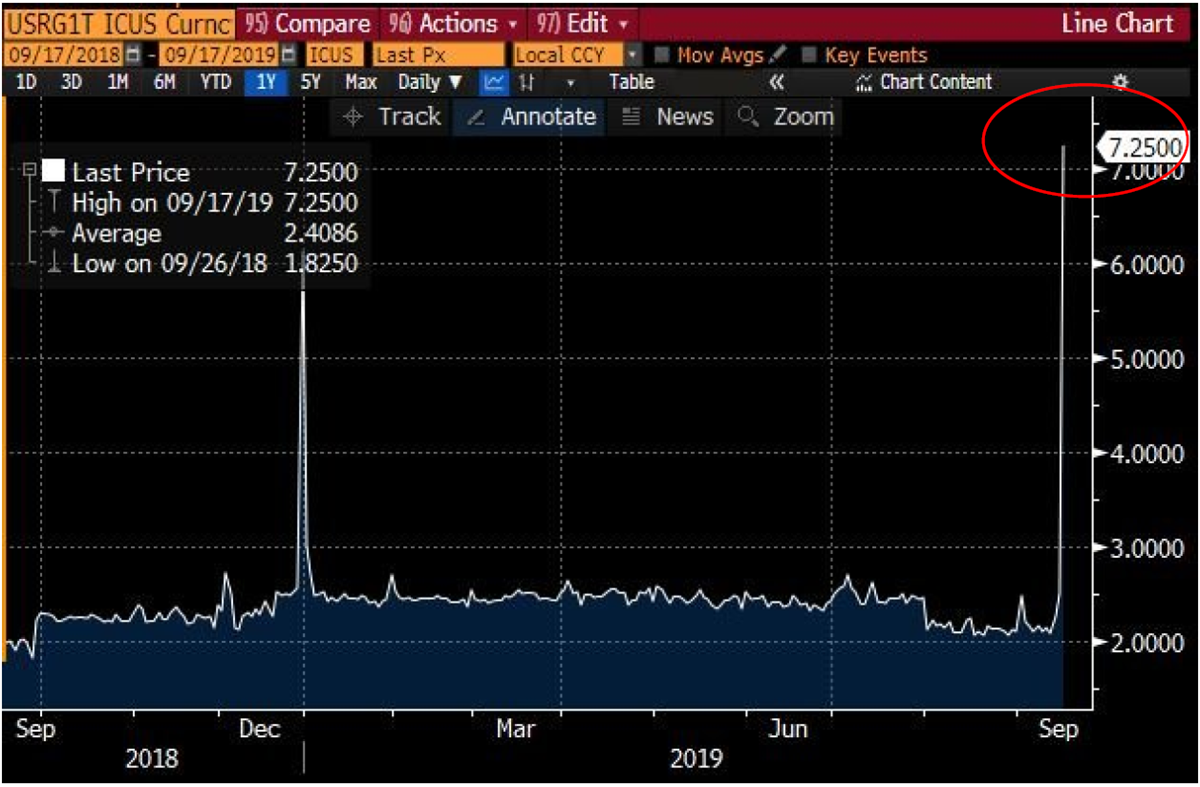 Ok, so that’s interesting, but what does that have to do with me? Let’s first say that one overnight rate spasm doesn’t necessarily mean there will be a systemic breakdown in the credit markets. It is something we should keep an eye on to see if this problem persists. The FED today said they will continue to lend liquidity to the overnight lending market over the next month, as they have noted there could be more liquidity shortages by the end of October.

With as much money as the Federal Reserve has pumped into the economy since 2008, you would think that a shortage of money would not be a problem. Take a look at the next chart. You can see how much the Federal Reserve balance sheet has grown since the financial crisis. You will also notice that they have been trying to pull some of that liquidity out of the market and reduce the size of their balance sheet. Keep in mind, when I say “balance sheet” that means that the FED has borrowed that much money to inject into the system (DEBT). 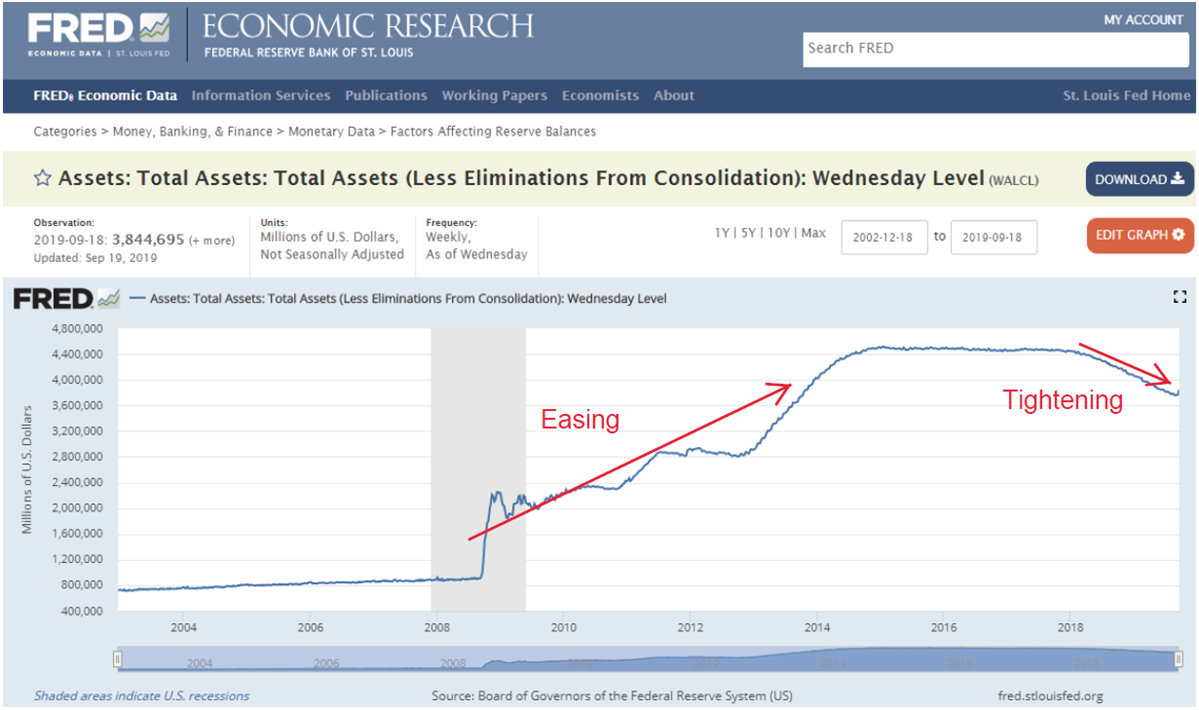 You can also see on the far right of that chart a small increase in the size of the balance sheet (just a slight tick up).  Might that be the end of “quantitative tightening”? That is yet to be determined.

What’s interesting is that we have had one of the slowest economic recoveries in history and during that recovery we have added roughly $12 trillion to our national debt (and still counting). Additionally, we have added over $3T to the FED balance sheet and many companies have borrowed money to pay higher dividend rates to their shareholders. While the latter may not be a problem for large tech companies like Apple or Microsoft, who have more cash than debt, there are many companies lower on the quality scale that are in a more precarious situation.

Take Ford for instance. Just recently Moody’s downgraded Ford’s debt to “junk” status (perhaps it should be called “Edsel status” in their case), which in turns means that many institutions either can’t buy their debt or must sell it if they already own it (as these institutions like insurance companies are limited to only own investment-grade debt). Again, maybe it’s not a big deal, it’s only one company. But their debt totals $14 billion. Not the end of the world in relation to the overall size of the market. However, if you consider there may be many more companies on the edge like that, a slowdown in the economy could push some of those over the edge and cause an issue of financing at a time when those companies can least afford that.

So are WE whistling by the graveyard? Not US. We are very much paying attention to all aspects of the economy. Like we have said so many times, we can make good cases why the markets and the economy could go either way at this time. So we will not get overly worked up based on a one off event, we will continue to look for a resolution to the good or bad of all these crosscurrents.

We continue to be vigilant, and should it become necessary to make changes prior to our traditional month end, we of course will. We still remain cautiously optimistic and pleased with how the portfolio is currently positioned.