Happy New Year! We hope your holiday season was a great one. As we are nearly two weeks into the new decade, the markets are up but nobody feels good about it. Money is being pulled out of stocks and put into bonds and money markets. So what gives? Here’s a few charts to illustrate the above points. 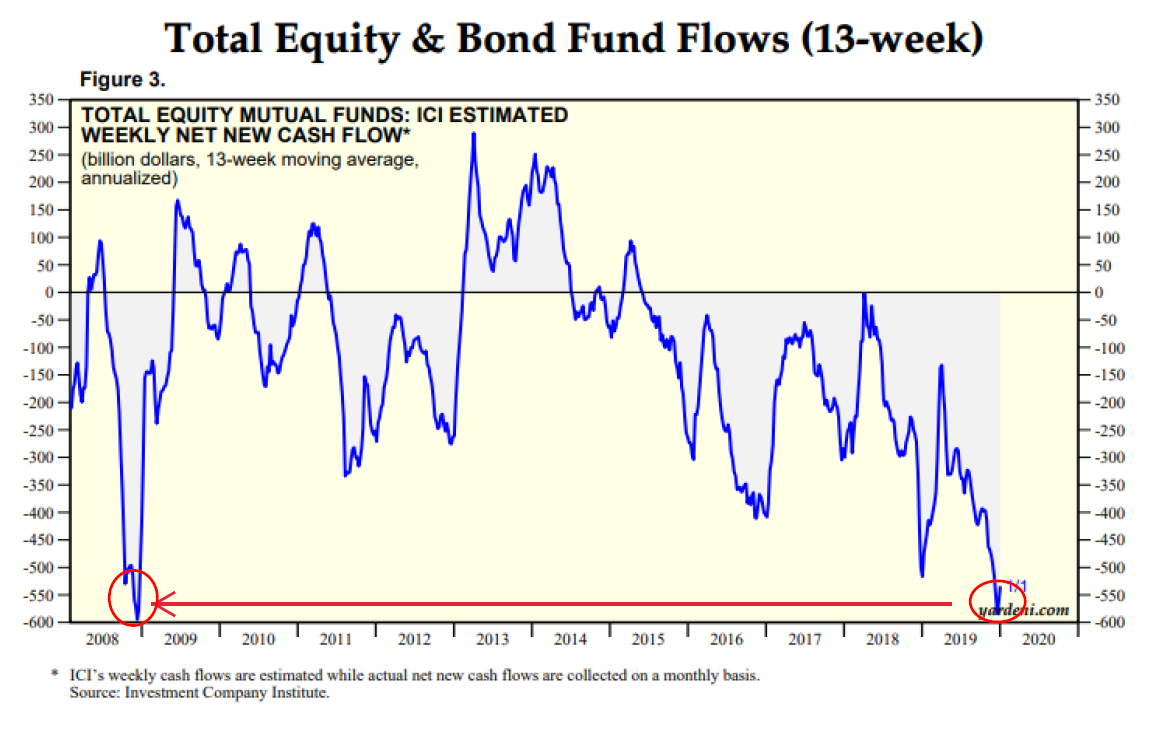 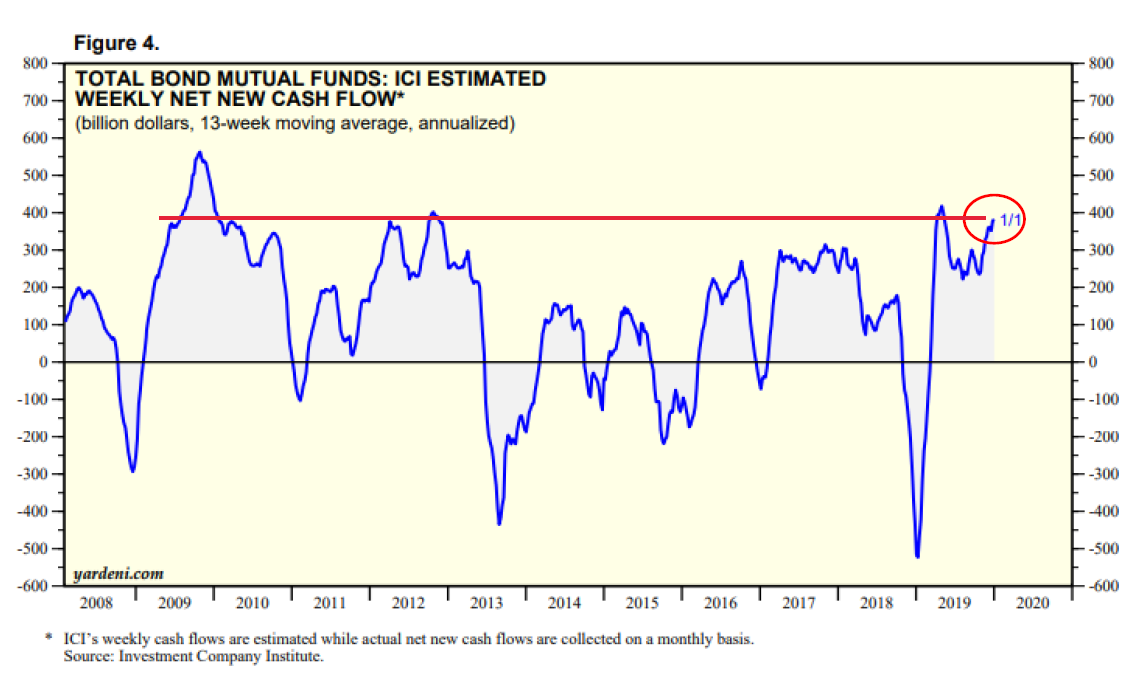 If you look closely, you see that this market behavior is similar to levels back in periods of massive financial stress in the system. In 2008/09 we were in the middle of the worst recession we have had since the 70’s, housing prices were down 30%+ in some places, and it took “emergency” actions from central bankers and governments around the world to stop the whole system from coming to an end. Does anyone remember that? Just as a side note, the world would have been just fine (and I might argue better off today had the central banks not “come to the rescue” of the economy). That’s not to say that 2008/09 wouldn’t have been more painful for a period of time, but we would have a real recovery, not a recovery that is still being fed by monetary policy. Ok, I digressed. Let’s now look quickly at a chart to update the FED balance sheet and what they have done in the last quarter.

Given that the markets are at highs, you would expect individual investors to feel very good about what’s going on in their IRAs, 401(k)s, and other investments and the wealth effect would be taking hold. Instead, while the market was going up individuals were feeling worse about the market over the next six months. Typically, this is a contrarian indicator for the stock market. When things show up as very bullish, that’s the time to get conservative and vice-versa. Today it is getting more bearish as the market ascends. This market run up has been fueled by two major things, one is institutional money (feeding off the FED’s loose monetary policy) and the other is corporate buyback activity (borrowing money at a low fixed interest rate and buying back their stock, which creates higher earnings per share because there are less shares outstanding. 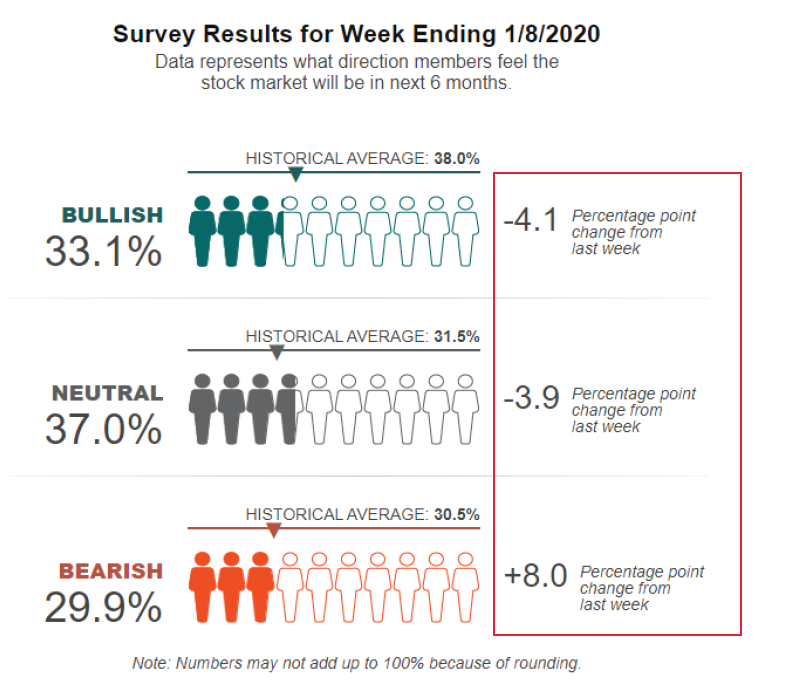 The market seems to be still climbing the wall of worry in the face of impeachment, slow growth, $1 trillion deficits, election meddling, Middle East drama, etc. Many of our technical indicators say the we are WAY overbought and are due for a pause, while the psychology indicators (above) show that most investors still don’t believe it and are waiting for the next down leg (which by some measures hasn’t happened yet in 10 years).  hen OUR psychology gets too bullish and we are taking stock tips from the paperboy or papergirl, that’s a sure sign we’re about at the end of the cycle. So, we still remain cautiously optimistic and think there is more room to go in this cycle. We did however have our money flow indicator turn bearish late December, but that seems to be an early indicator of a market downturn. For those of us in the Puget Sound area, enjoy the snow and be safe out there.