Value is All Over the Place

We have talked about the risks to the markets many times over the last few months, but we have also mentioned that there also areas that look good to us. I want to mention a couple specific stocks (not that we own either of them directly), but to speak about the general pricing in the markets.

Now, aside from some of the “unicorns”, those tech stocks that have just come public for the first time with extremely high valuation (Uber, Lyft, Beyond Meat), there are many companies that are relatively inexpensive.

With the availability of private capital, large multi-billion dollar hedge funds, and increased regulations for public companies, many companies have either decided to stay private or be taken private through one of those funding options. As you can see in the chart below, the number of publicly traded companies has dropped by almost half in the 20 years since the peak in 1996. That is also happening in many other developed countries across the world, not just the U.S.

This causes as many problems as it solves. Namely, the amount of money in the public markets is now chasing few stocks and pushing some of the valuations extremely high. Also, the SEC has restricted the ability to buy many private companies to “accredited” investors. Those with over $1,000,000 in assets not including their primary residence, or annual earnings of $200,000 for a single person and $300,000 for a married couple. Obviously, that reduces the number of people who can play in that space. Editorial note – we like the private space, for those who qualify, but we also think that more people should be able to invest in private companies and would be in favor of the SEC relaxing those requirements. 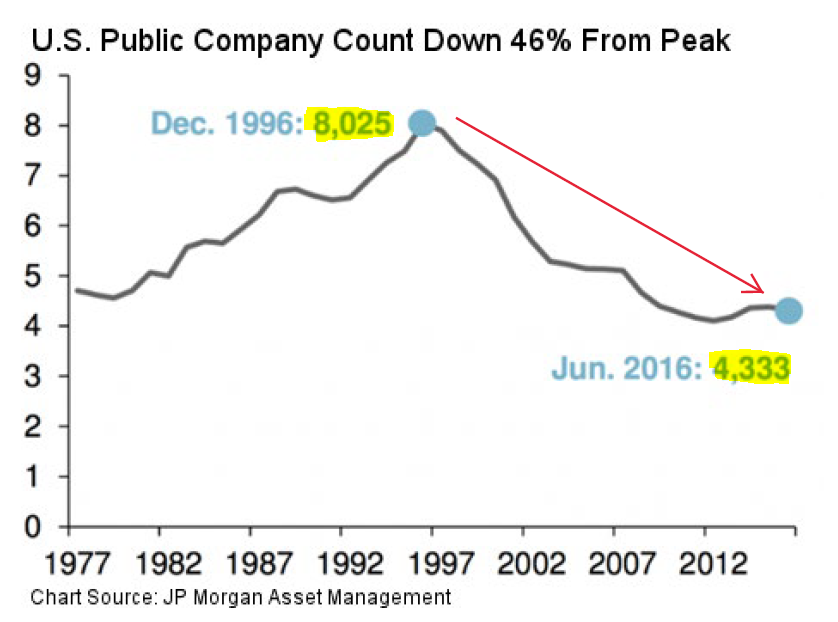 Compared to the over 4000 public companies, there are over 6 million private companies, many of them are the next Microsoft or Starbucks, but the reason that most people can’t invest in them (other than the SEC requirements) is because there is no good way to sell them unless the company goes public, sell to another company for cash, or some other liquidity event. So the money may not be there when someone needs it and is therefore deemed illiquid. All that said, we believe having some access to that market for clients would be beneficial, subject to portfolio limitations.

Let me give you two examples of why there are so few companies that are publicly traded today, and it just so happens that they are now no longer publicly traded for two different reasons.

Earlier today Pfizer, one of the largest global pharmaceutical companies, announced their purchase of a relatively small biotech company call Array Biopharma (ARRY). Pfizer paid a 62% premium over what it was trading for on Friday, representing an $11.6 billion valuation. 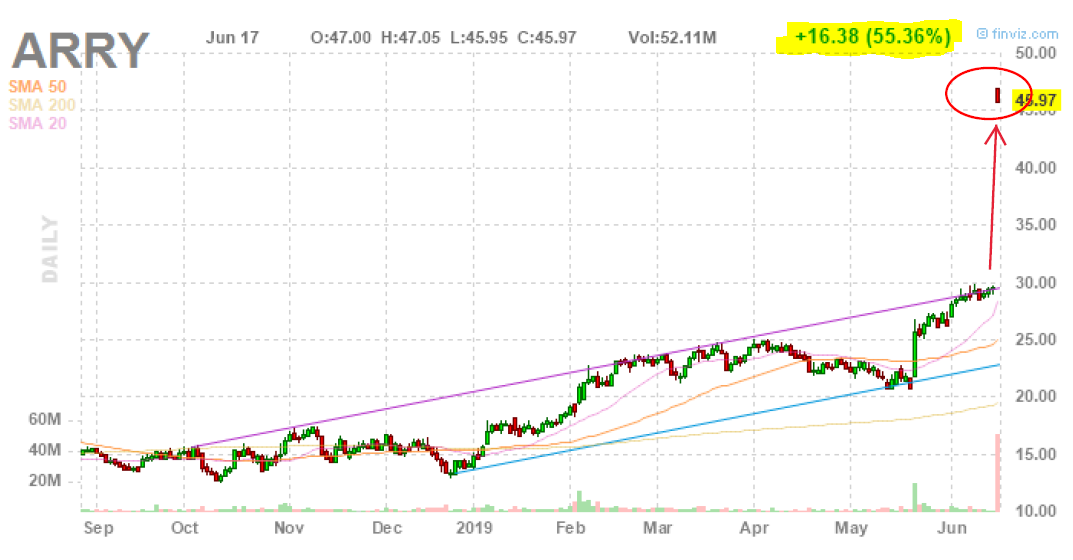 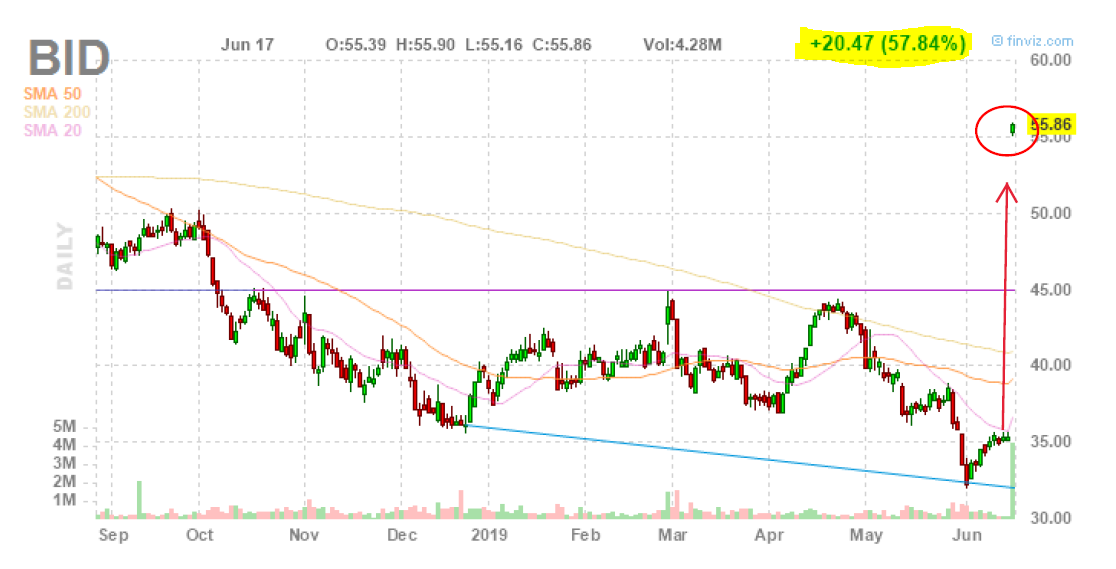 So what’s going on and why has this been happening for so long. Again, it is some of the reasons mentioned above, but there is one main reason that both buyers paid big premiums to acquire those respective companies, VALUE. Both buyers believe, in their own way, that they can operate those businesses in a more efficient way and create more profits (otherwise why would the buy them, right?). Of course, whether they can truly run them more efficiently and generate additional profits will only be known over time, but that’s the thought. As public market investors, there are now two less companies to buy and the roughly $15 billion of invested money in those two companies will have to get spread to other companies, potentially pushing those valuations higher.

So to sum up our thoughts, not only do we see some value in the public markets (although some areas are overpriced), we see the private markets continue to be robust and there are many very interesting companies that are solving some real problems. Like most things in life, you can’t paint everything with the same broad brush, and we see this continuing for some time (not that we think it’s in the country’s best interest). One last note in regard to the biotech companies. If we can all stay healthy for the next 10 years or so, many of the diseases that afflict people today will either be chronic and not fatal or will be cured, so stay healthy and we will all be living longer than we think.

In closing we continue to be cautiously optimistic for the public markets and we will continue to stay vigilant and if we need to we will take protective measures.