As we head into the 4th quarter and another year quickly appears in the rearview mirror, it’s time to remind all of us that volatility is the norm, not the exception. We just finished a long run of no correction in the markets of greater than 5%. See the recent Barron’s headline below.

As it turns out, the periods in between corrections have gotten longer over the last 15 years and the corrections are quicker to the downside and limited (at least so far) due to the Federal Reserve “backstopping” the markets.

We have made mention in the past that the May to October half of the year tends to be a period of underperformance, while the November to April period tends to show outperformance. Now, of course, there’s no way to know which particular year will work or not based on history. But we just finished with historically the worst month of the year, September.

This year played out like history would have suggested with a negative month. Since 1950, there have been 40 negative months and 32 positive months.  With the average return in September of -0.62% (not including 2021).

Now we head into October.  Not just frightening because of Halloween, but it has historically been the month that puts an exclamation mark to fall volatility.  All of these crashes culminated in October.

The interesting thing about October is that it’s most known for these “crashes”, but since 1950 there have been 43 positive months and only 28 negative months (we’ll see what this one brings). We have mentioned many times over the last several years that the largest five companies have held an abnormally large influence on the overall market, as of late. Below is a look at how those five charts look today. I’ll give you a hint, not great. 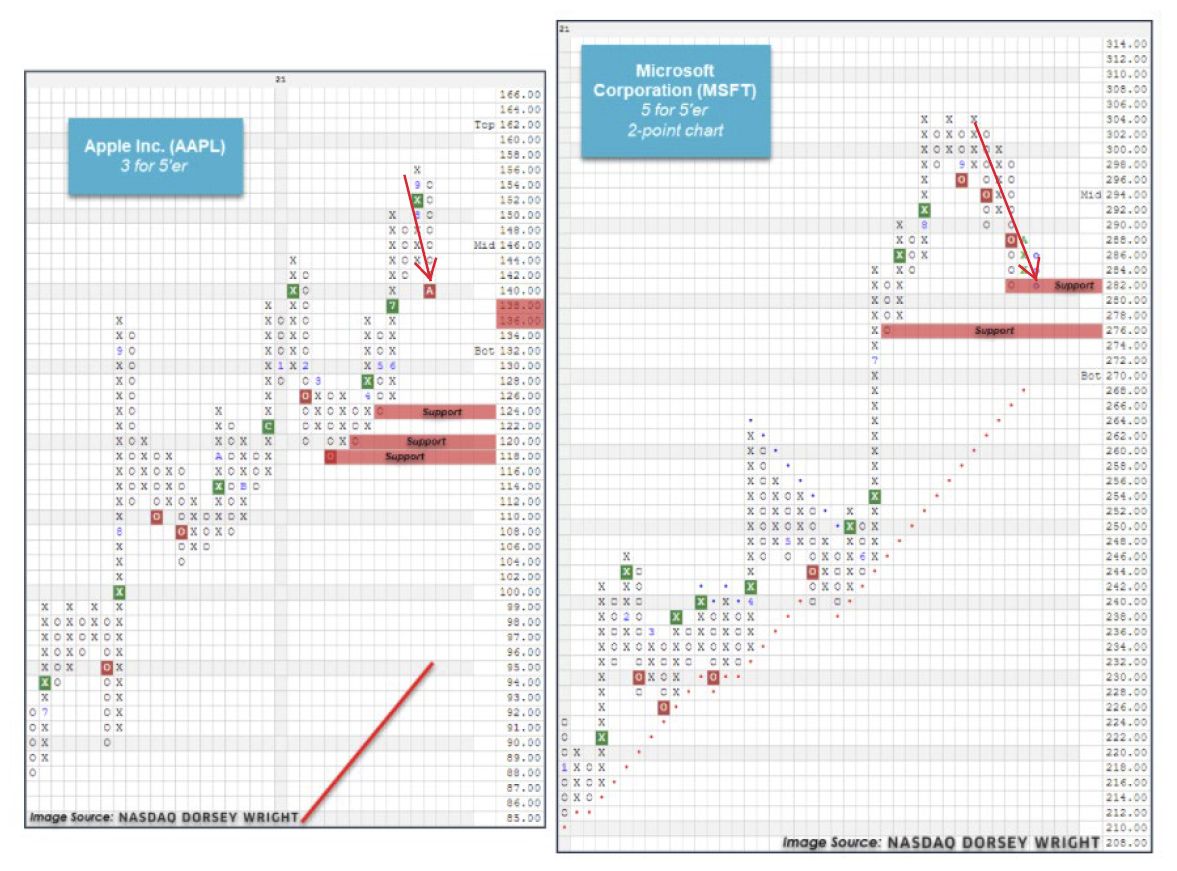 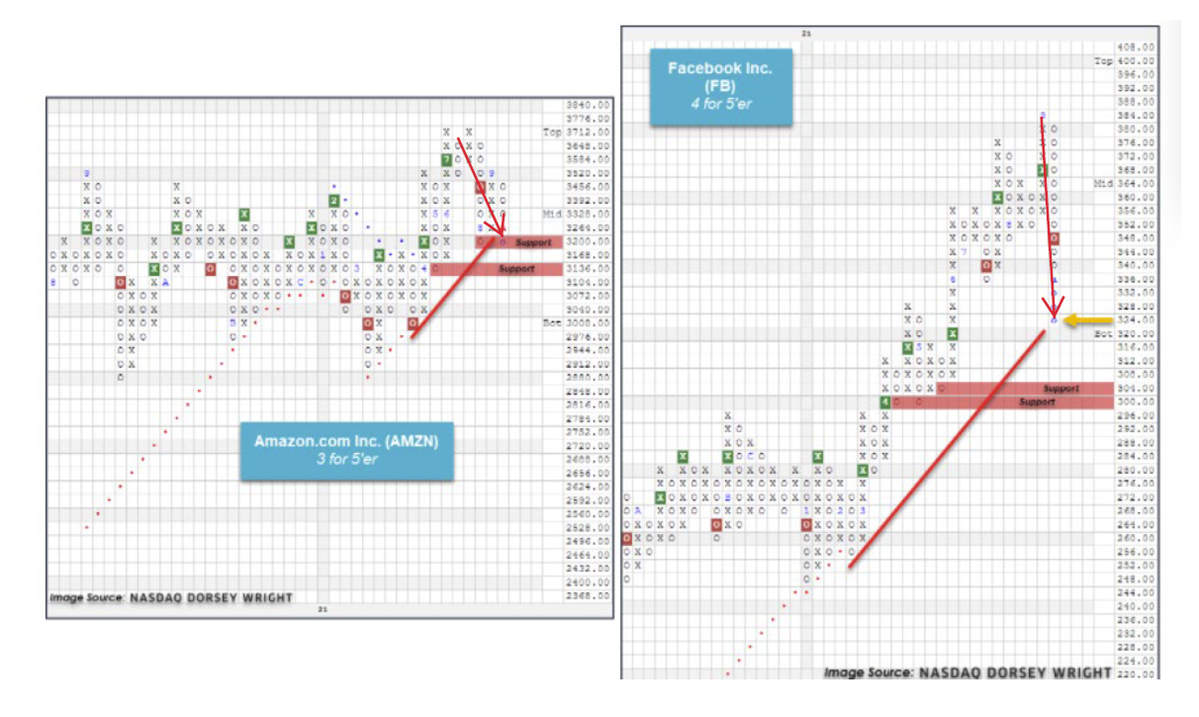 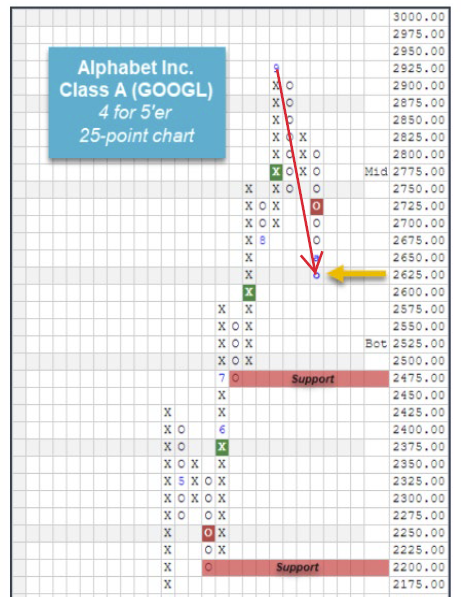 I would say, where these five go, so go the market indices as a whole. Doesn’t mean you have to be invested in them (and we are underweight), but from a high level these will dictate how October turns out to be, just as they did for September.

There are many things to be concerned about. Inflation, debt ceiling and possible default of US debt, high valuations, South China Sea and much more. What we have said is this market will hang together as long as the Federal Reserve keeps the punch bowl spiked. For now, so far so good. Although there have been discussions regarding removing accommodations.

Let’s take a look at the S&P 500 for any clues going forward. 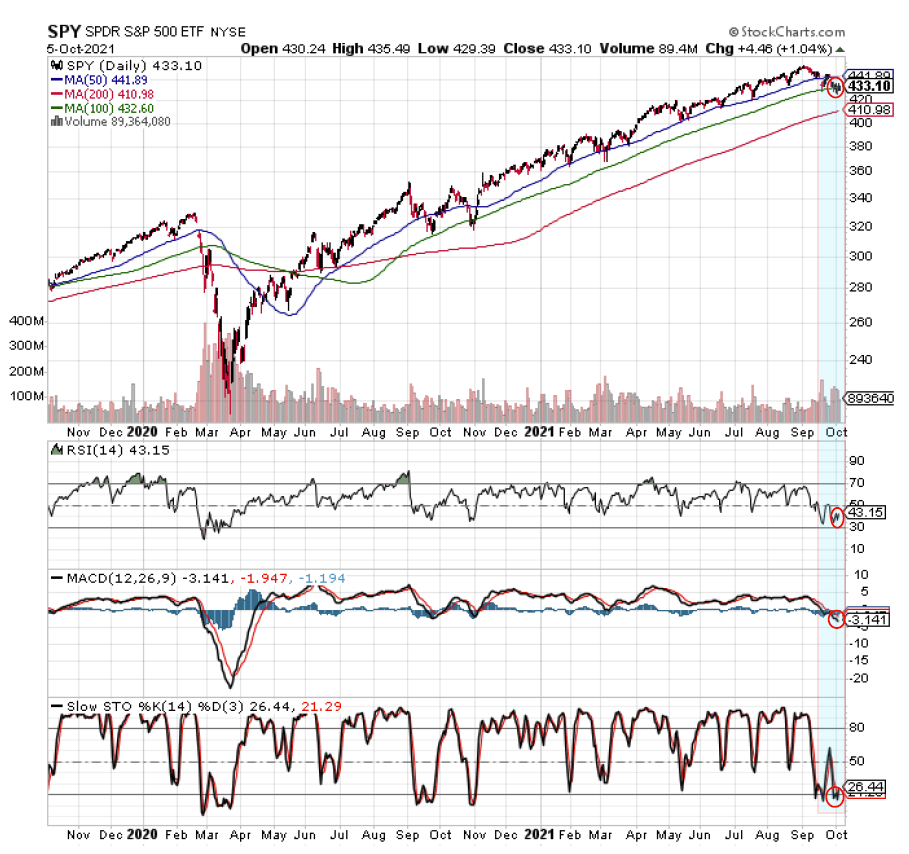 The S&P 500 appears to be somewhat oversold and sitting right on its 100-day moving average. Why might that be important? The 100 DMA has contained most pullbacks for the last two years, except for the COVID crash. Is that enough for me? I think given the oversold nature and sitting on the 100 DMA, I wouldn’t expect major downside from here, although it is possible that the market tests the 200 DMA if those back in the other Washington can’t figure out how to play nice and do the people’s business (Andrew’s there right now doing his best to sort them out 😊). For now, we are hedging with a little extra cash, just in case the markets give us a Trick, rather than a Treat.

As we come up on Halloween (I think there will be one), the doctor or nurse outfit with surgical mask will be hard to differentiate from a typical COVID mask. Little would we have thought a year ago that we might still be using those “COVID-friendly” Halloween inventions like the ingenious “touchless candy chute.” Anyhow, enjoy the week and let’s hope for a Treat this October.