There's a New Tariff in Town

First, and most importantly, a belated Happy Mother’s Day to all the moms reading this. We hope you were well-celebrated over the weekend, as we deeply admire the role you play.

While the sun has been shining bright here in Seattle, the markets have not had as sunny of a disposition as of late. After eclipsing the prior record highs earlier this month, trade rhetoric has taken over the headlines and pushed the markets downward. As you likely know, the markets are “discounting mechanisms,” meaning they factor in news and expectations of news into the prices you see today. Prior to Trump’s tweet just over a week ago signaling the resumption of tariffs on Chinese goods, the markets had largely reflected a belief that a favorable trade deal was near. That was quickly thrown into doubt, and nothing since then has given investors reasons to remove that doubt.

That said, we like to look past the headlines, and we recently picked up an interesting fact from one our trusted independent research partners. They noted “money flows” into stocks are at highs, concurrent with the market pulling back. They view that as a positive sign that ultimately this resolves itself to the upside in the market. Historically speaking, it is very difficult to get major downside when money flows are at highs. That is one indicator, and we can always cherry-pick data that agrees with our view. However, in this case, the downward volatility we are currently seeing looks like more of a standard correction that happens several times a year, rather that the markets completely falling apart. We continue to watch all aspects of the market and have extra cash to put to work at better prices. Should our indicators tell us something worse is on the horizon, we will take the appropriate actions. 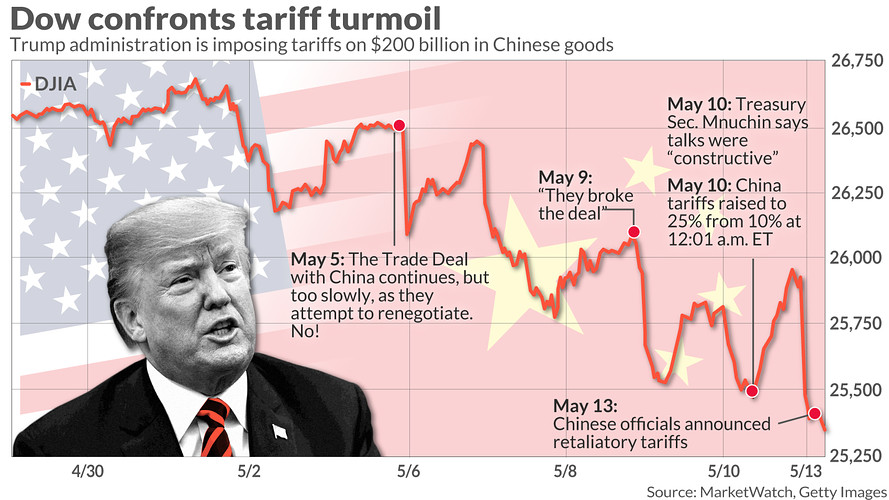 While trade has dominated the headlines over the past week, there is obviously a lot more happening “under the hood” in the financial markets, and much of it is good. After all, nearly all major indices were hitting record highs just days ago. On the earnings front, earnings have beaten expectations at a 76% rate (according to FactSet), which is slightly above the average beat rate of 72%. Of course, that is based on the bar being lowered over the last couple months. Looking forward to second quarter earnings, we are seeing those expectations coming down as well. That could be setting up another outsized “beat” in earnings for the second quarter, which would likely have a positive impact on share prices. 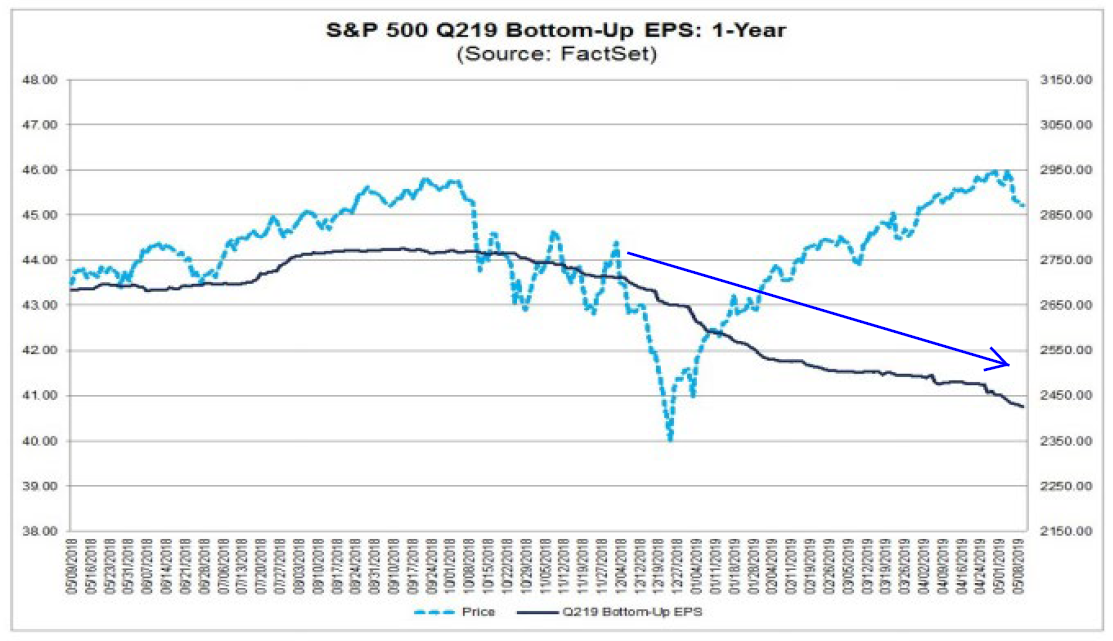 Taking you back to our sentiment index that we highlighted in our last update, you can see that the ‘extreme optimism’ has been worked off and we are down into ‘extreme pessimism,’ not including today. Oh how the tides have turned – and quickly! Keep in mind that sentiment is considered a contrarian indicator (optimism is bad and pessimism is good).

Overall, we are cautiously optimistic, but we continue to have some ‘dry powder’ and are looking for an opportunity to pick things up at a better entry points.