There are only two choices. Pick One.

We’ve been making our opinions known in this letter for years, as well as conversations with clients for even longer. “Free money” isn’t free and there are consequences for past decisions.

I know that’s not popular to say, but somebody has to say it. The decisions to try and keep an unhealthy economy going and extending the cycle bears a cost. We can kick the can down the street, but eventually we run out of street. May I introduce you to 2022 (the end of the street).

The old fogies (like me) have been talking about how all this ends, meaning how all the money printing and the idea that nobody should ever lose money in the stock market or real estate or anything else ends. Heck, let’s even go so far as to say that everyone should make money on depreciating assets (note sarcasm). But that’s exactly what we’ve gone through.

Quick sidenote to show how fast things turn. I generally follow the prices of many things (mostly because I like to know what different markets are like). Like most things during and after the pandemic (many of which we’ve discussed in this letter), RV’s have been hard to find and, if you could find one, you would pay top dollar (MSRP). This was on the heels of articles just prior to the pandemic highlighting a slump in RV sales portending a downturn in the economy. Unlike cars, there isn’t usually an additional markup on the MSRP. Pre-pandemic a typical discount from MSRP would be 20%-30% (depending on the price in the first place). Fast forward, and now the industry is being hit head on by two very real challenges – diesel prices and the cost of financing. Diesel prices are as high as ever, and the spike in interest rates is hitting most potential buyers, as very few can afford to buy an RV for cash. Over the weekend, I got an email from an RV dealer saying that they had some “great deals” on RVs. So, because I like to stay informed, I opened the email to take a look and this is what I found. 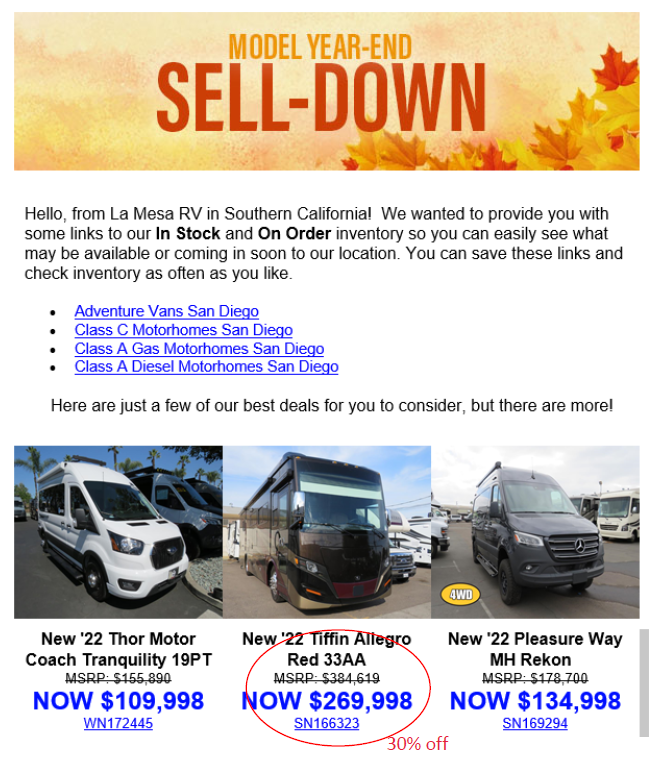 Guess what, the discounts are back (and they probably won’t stop with RVs). Problem is, although the price is down, the cost of ownership is still expensive and now the “negative wealth effect” has started to set in. But I can’t imagine that this RV dealer has seen someone on their lot for six weeks now. Talk about demand destruction.

Speaking of demand destruction, here is a headline hot off the press.

Don’t forget, this is from May. Rates were high but took another leg higher with the higher inflation print. Not to mention, May home sales actually reflect a contract signed in March or April (and rates likely locked for 45 days). So, sales were down, but we haven’t seen the full impact of rates hikes. 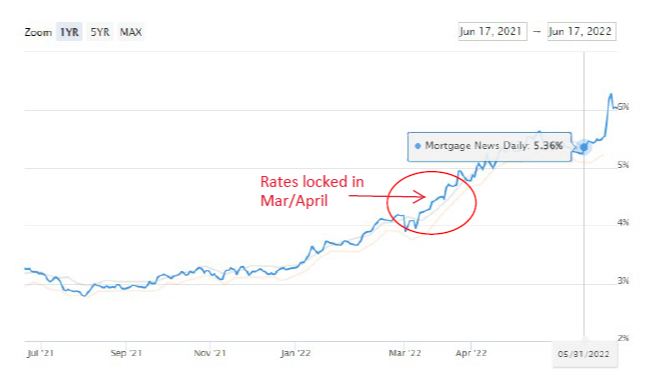 Additionally, see below for further data in the report. Remember, the FED is trying to reduce demand.

Again, I track prices of many assets. You will see in the coming months that many of the houses listed are taking price reductions and you will see these numbers start to trend down. Look at the Google search trends for the word “Recession”.  In the past couple weeks. It has skyrocketed, and I don’t think this is about hairlines.

Now, getting back to the topic at hand. Two choices: bad and worse. The FED has two choices now. Let inflation rage or kill demand and force a recession (bad or worse). There are no more opportunities to make good choices. Those times are in the past, in my opinion. Let’s review again how we got where we are with ‘Quantitative Easing’ (QE). Remember, QE is the FED printing money and putting it in the financial system. That encourages borrowing and consuming. Let’s look at the FED balance sheet for some perspective. 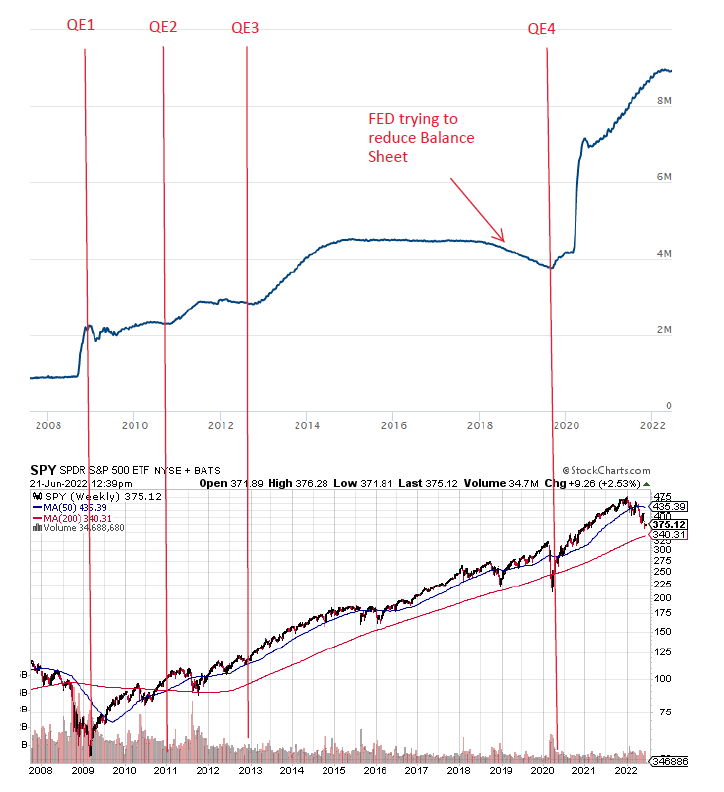 As you can see above, the FED has started to tighten liquidity, by raising interest rates and reducing their balance sheet. This has happened three times since the financial crisis, this being the third time. Each time, the markets have pulled back, and the previous two times, the FED has backed down and caved to the market and started another round of QE. Will (recent) history repeat itself again this time? No telling at this point. Let me take you back in time (to 2018) and let’s look at what the Federal Reserve was saying at the time. Then we can compare it to what they are saying now.

Less than a couple weeks later.

What message was that?

What are they saying today?

Not trying to, but how could it not?

Will they “listen” to what the market is saying this time around, or will they have no choice but to kill inflation and take a recession as a necessary side effect? Only time will tell.

To sum things up, the FED is raising rates in order to slow demand (because they can’t affect supply). As a result of lowering demand, unemployment will go up and GDP will go down. This causes a ripple effect through the economy, leading to further slowdowns in the economy. That then causes people to spend less which causes GDP to go down further (get the idea?).

Is there a chance to have a soft landing? Well sure, there’s always a chance. One in a thousand?  Mmmm, more like one in a million, if you ask me. 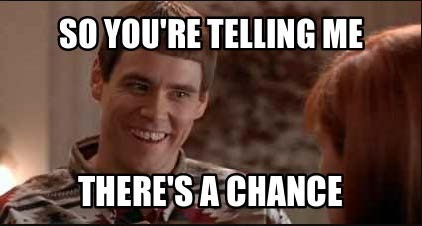 The very fact that we are cautioning against a slowdown creates aspects of the very slowdown we are cautioning about. We understand the dynamics, but we certainly don’t want to just keep our rose-colored glasses on. And as much as it hurts to say, we are overdue. In recent years, capital has gone to companies that don’t deserve it, in lieu of more deserving companies. Some of those will go out of business as part of the cleansing process. It is ultimately a good thing, but it certainly doesn’t feel so good while you’re in the middle of it.