June was the best June since 1938 in the US markets, as the headlines have been quick to point out. What is a bit of concern is – in the words of one of our favorites, Mark Twain – “History doesn’t repeat itself, but it rhymes.” June of 1938 saw a strong rally, only to see the markets give everything back through the end of the year and into the spring of 1939. I remember that like it was yesterday!! 😊

The ‘repeat’ would be a World War beginning to take shape in Europe. I don’t think we see that anywhere today, even with the brinkmanship happening with Iran. The ‘rhyme’ would be a war of a different type, such as the trade war with China. While it is not a physical war, it does exert similar pressures on the global economy. While President Trump may be playing ‘The Art of the Deal,’ President Xi is working from ‘The Art of War.’ While one has to get reelected, the other is “president for life.” One has pressure to fulfill promises and satisfy an electorate, the other one has the luxury to play the long game, even if it hurts in the short run.

So while the markets are celebrating the “truce” struck at the G-20 this past weekend, understand that was Trump’s only option at this point, as economic numbers are softening around the world, tariffs are starting to affect his base (especially farmers in the mid-west), and he uses the “markets” as his gauge for reelection. So far, the markets are holding in there, but there is a long way to go before the election.

Let’s take a look at the markets from a technical perspective. Below is a chart of the Emerging Markets. You can see that they are approaching 2019 highs, but a long way (~16%) from their highs set back in early 2018. The chart is getting to a longer-term overbought condition, and the short-term is already overbought. Caution is warranted. 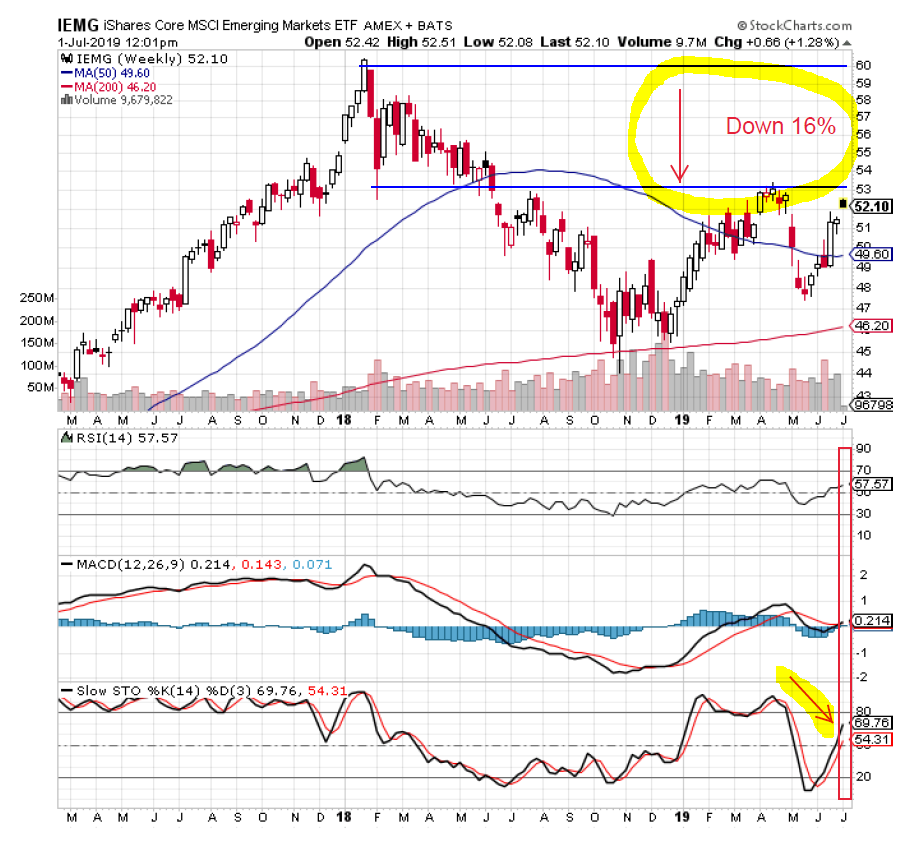 Now take a look at the S&P 500. You can see that it has hit a new high, but you can also see that it is very much overbought at this time.

These conditions can persist, and we still see the “pain trade” (which way the markets move that causes the most pain for investors) is still higher. Why do we say that? The AAII (American Association of Individual Investors) survey that we showed several weeks ago is now not as bearish (remember that is a contrarian indicator) and the BAML Fund Managers’ survey shows fund managers to be the most bearish since 2009, even though the market has been generally moving higher (pain trade). 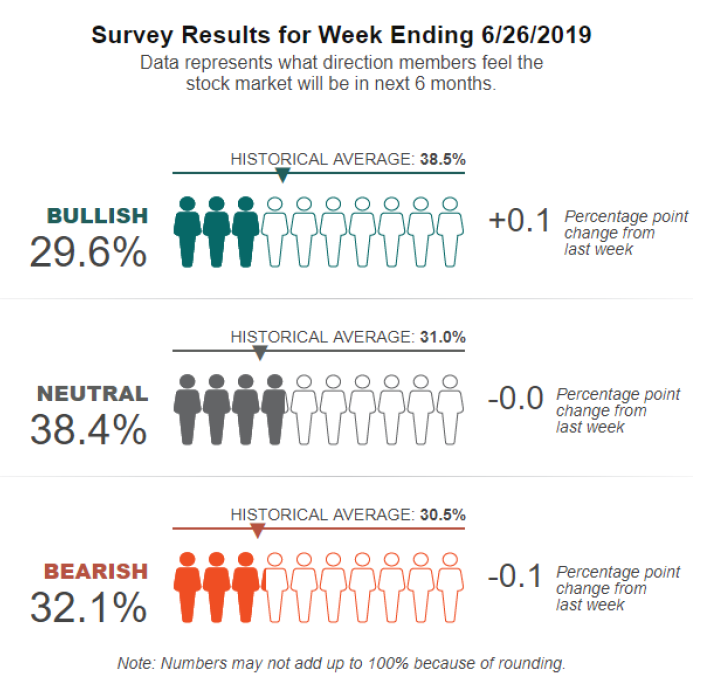 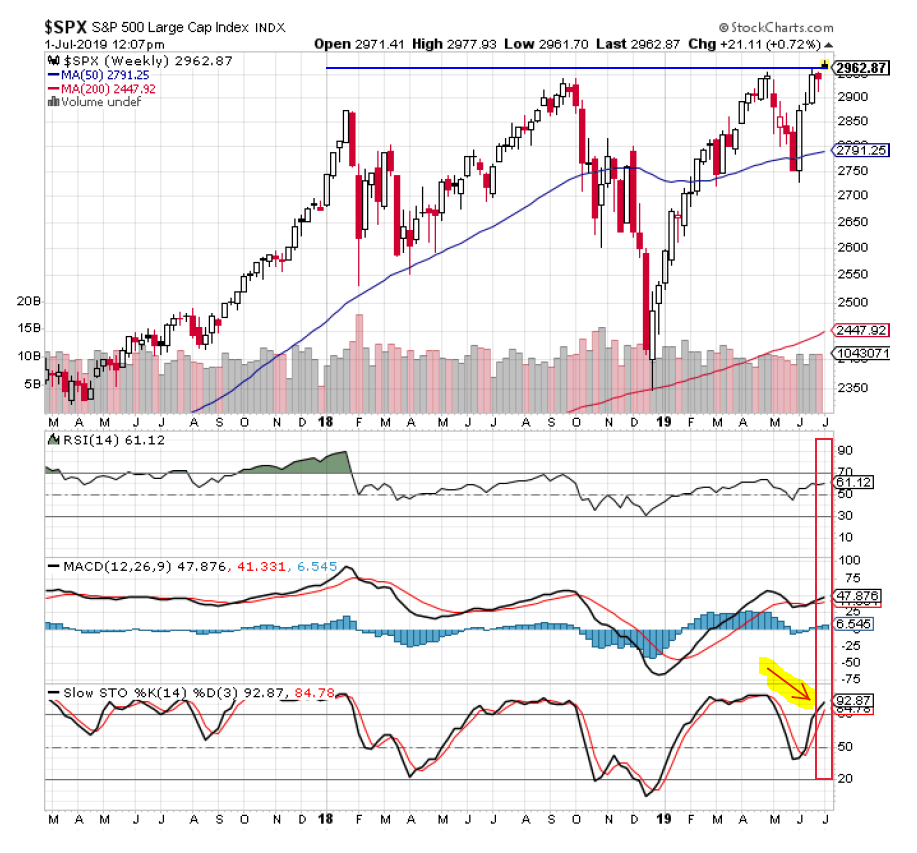 Like we’ve said so many times, there are many crosscurrents in the market and many reasons not to invest, but we also recognize that the “market” is the best house in a bad neighborhood (stocks, bonds, real estate, commodities, etc.)

In closing we continue to be cautiously optimistic for the public markets and we will continue to stay vigilant and if we need to, we will take protective measures. Speaking of protective measures, now’s a good time to remind you that fireworks and fingers are a bad combination. Stay safe and have fun this week as you celebrate Independence Day!