Some Really Strange Things are Going On

Has this ever happened to you? You’re doing a puzzle and all the pieces are spread out over the table. You’ve been working on it for a while, so the pieces are sorted by edges, corners and colors or pictures. If you’re like me, you work on one piece – “the key piece” – and none of the pieces work. You might struggle with this for hours trying to figure out what you’ve missed. Then you realize it’s been on the floor under the table the whole time! Ok, maybe that’s just me.

It kind of feels like that with the markets since the June lows. One can get evidence for either their bullish or bearish views, but the market as a whole can’t seem to find that one piece that will decidedly push it one way or the other. Since we use the “weight of the evidence,” we look at both sides of the data to make an informed decision. Let’s start again with the big picture. The S&P 500 has been range bound since the June lows and hasn’t really broken above its 200-day moving average. That said, it hasn’t really broken below those June lows either. In other words, it’s moving sideways. “Directionless” is another term you might hear. Whatever you want to call it (frustrating might be another!), the reality is that there is no trend to pick up on, so the last trend is the one we go with. 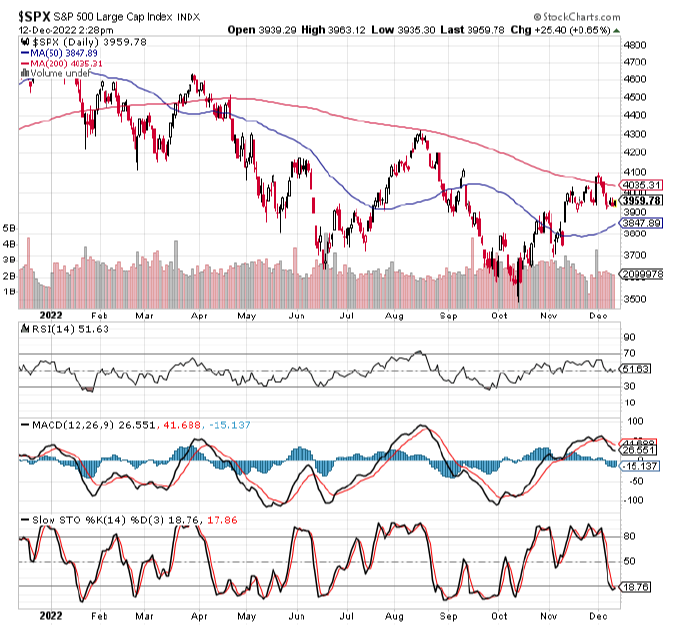 We discussed last week that our model currently favors cash as the number one asset class, while previously commodities held the second spot. Today, international stocks have moved into that spot, displacing commodities, which now sit number four. US stocks fill the number three favored asset class at this time.

Let’s take a look at some of the puzzling data. The first one is that institutions seem to be placing large bets that the market will go down significantly. Take a look. 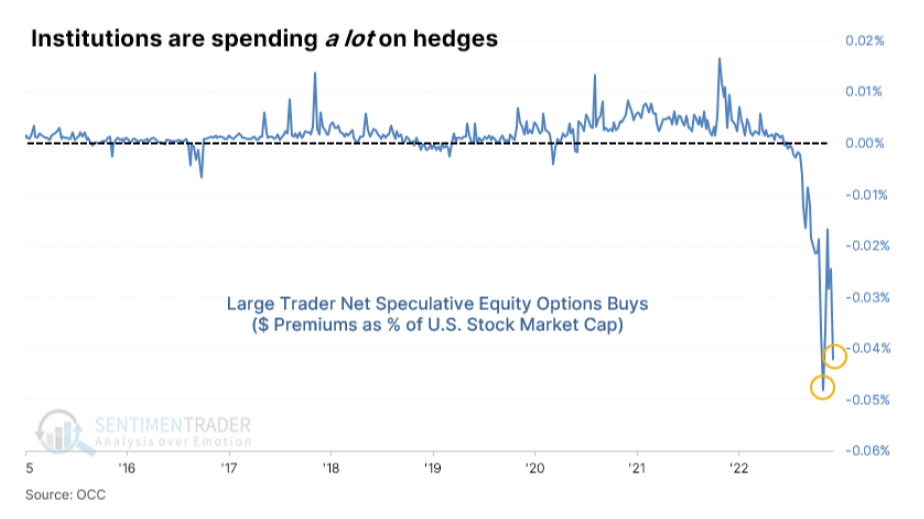 Will that happen?  Nobody really knows, but this is how they are hedging against a dramatic drop in the market.

Investor fear has been elevated most of the year, which would argue for higher stock prices (a contrarian indicator). 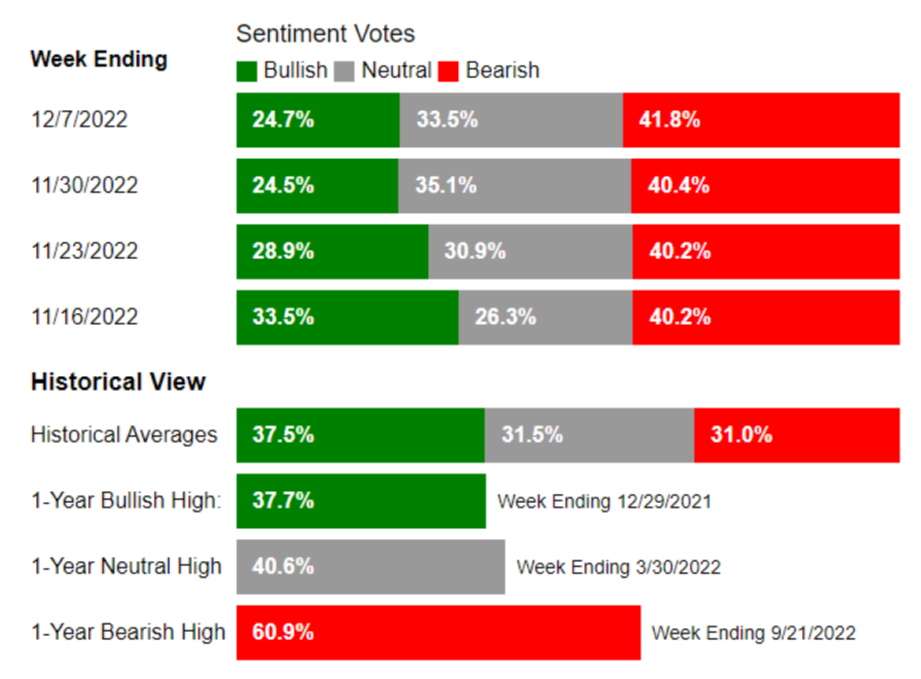 We are in the seasonally strong period of the year, from November to the end of April. That should argue for higher prices.

The Rolex Market has crashed but appears to be bottoming.  Who knew there even was an index for this? 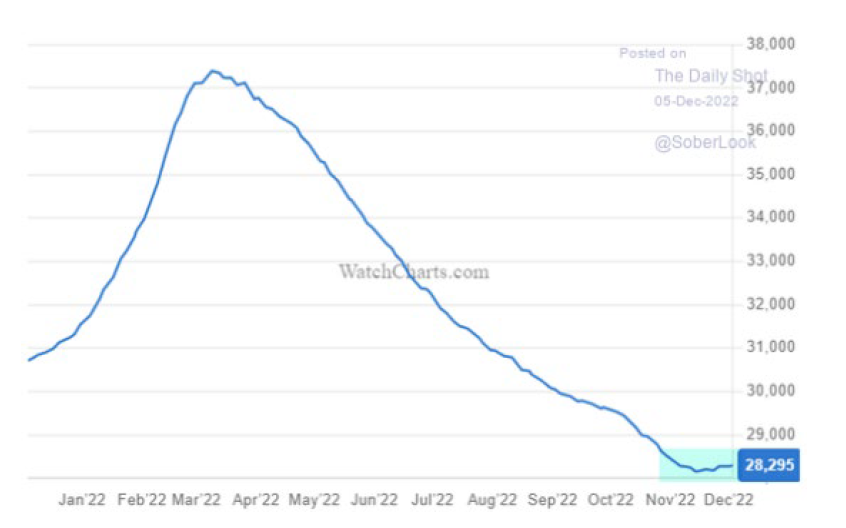 The 800-pound gorilla in the room is the FED, and while many of the common data points that show a slowing in economic activity, they seem focused on continuing to raise interest rates to kill inflation. Will that work? Of course, but that is a very blunt instrument.

If you destroy jobs (which is what they are aiming to do), then of course people as a whole will have less money to spend, thus reducing demand. Assuming supply stays the same or gets better, that should push prices down. But what if you didn’t kill jobs and instead focused on the supply side of things and created an environment where supply increased and jobs stayed plentiful? Wouldn’t that help lower prices as well, and you don’t have to put millions of people out of work? Problem here is that the FED has little control over supply, so they are left to tend to demand – and there’s only one thing they can do when staring at persistent inflation with only the demand lever to pull. In case you’re wondering, the supply side levers are better pulled by policy coming out of Congress and the Executive Branch.

So here we are, stuck in the middle of the range we’ve been in for a good part of this year. Lots of data that supports higher prices, just as many data points that say prices should go lower. Until we see a trend (up or down), we continue to follow the model and hold more cash than we would typically.

Thanks for reading. Let us know if you have any questions…okay maybe not “any,” as we are pretty clueless when it comes to what to buy your favorite person for Christmas, unless that favorite person is me (Tara, are you still reading?). Just remember, Christmas is now less than two weeks away. Yikes!