Responding to an Oversold Market

On Monday, we looked finished our brief two-part look at how we expect to achieve higher returns given low expected returns in the S&P 500 looking forward. Diversification in different asset classes was one answer and tactical adjustments to avoid major downturns in the market was the other. Now I’d like to show you the anatomy of a downturn and dig into the weeds just a bit.

We said a couple weeks ago that we were looking for a break either up or down to give us a clearer view on which way the market is likely to go in the future. We got that break to the downside Wednesday and further evidence today in the selloff. Like most things in life, there are shades of grey in every black and white scenario. While we broke to the downside, we barely broke below the lows in February and are 1% from the February lows in the US market. Second, this market is so oversold that it rarely makes sense to sell when it’s at extremes like this. We want to be the “smart” money, not the “dumb” money. “Smart” money always sells to “dumb” money. Like our model rules say, because of the extreme oversold position of the market, we will look for a bounce off these lows and sell at higher prices. Remember the first line in this commentary series, the one that talked about looking at lots of charts? Well, indulge us for a second as we look at few more. 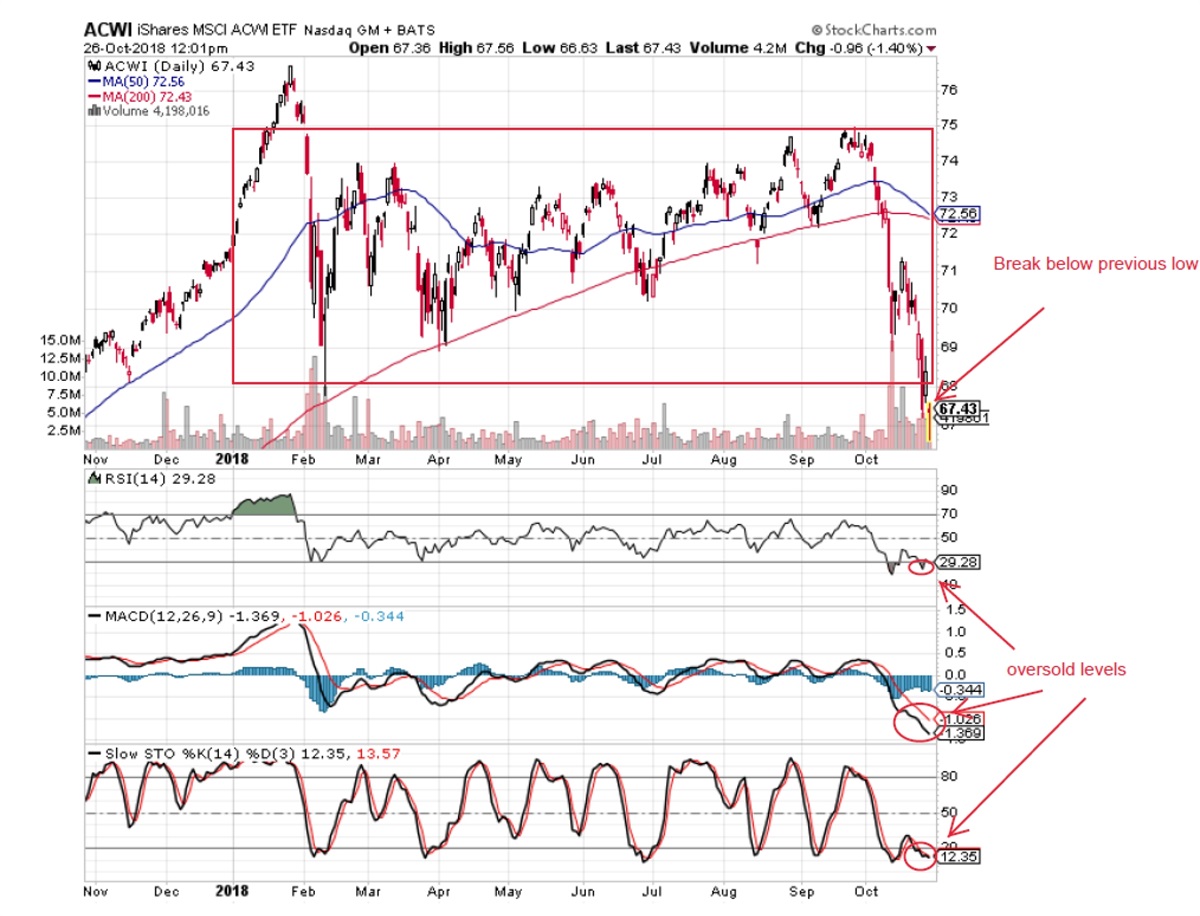 It is important to remember that our model is not designed to avoid simple downdrafts or even corrections of the nature we’ve seen this month. They are a normal and natural part of healthy markets. Instead, our job is to avoid more significant downturns - the likes of which have the potential to permanently impair your capital and lead to revisions to what your financial plan can achieve.

With that said, I want to show you two charts that supplement the above chart. There’s a lot of information on the chart above. Not just the price chart at the top, but also other indicators that show how the market is trading based on different measurements. We don’t expect you to fully understand all that you see here, and will instead tell you that the three smaller charts are saying the same thing, which is the market is wildly oversold and likely due for some upward relief.

The above chart is looking at the S&P 500 and the daily trading sentiment. It is a very short term oscillator that shows optimism or pessimism, and is considered to be a contrarian indicator. When it shows pessimism, that’s actually a good time historically to be invested in the market. Most of the time we don’t pay too much attention to this, because it is always moving up and down and we are looking for intermediate to longer-term indicators. But when our model makes a change, like it has, it helps us make decisions about how the market looks and when a good time to sell might be. You can see that when the oscillator get this far into pessimism it usually points to higher markets over the next days to weeks.

Below is another chart that tells a similar story. It looks at the highs and lows for stocks and charts them as a percentage. This chart is telling us that the market, based on the percentage of new highs versus new lows is drastically skewed toward new lows. The last time it did that was in 2016, which much like the chart above, was saying it was a good time to buy stocks. 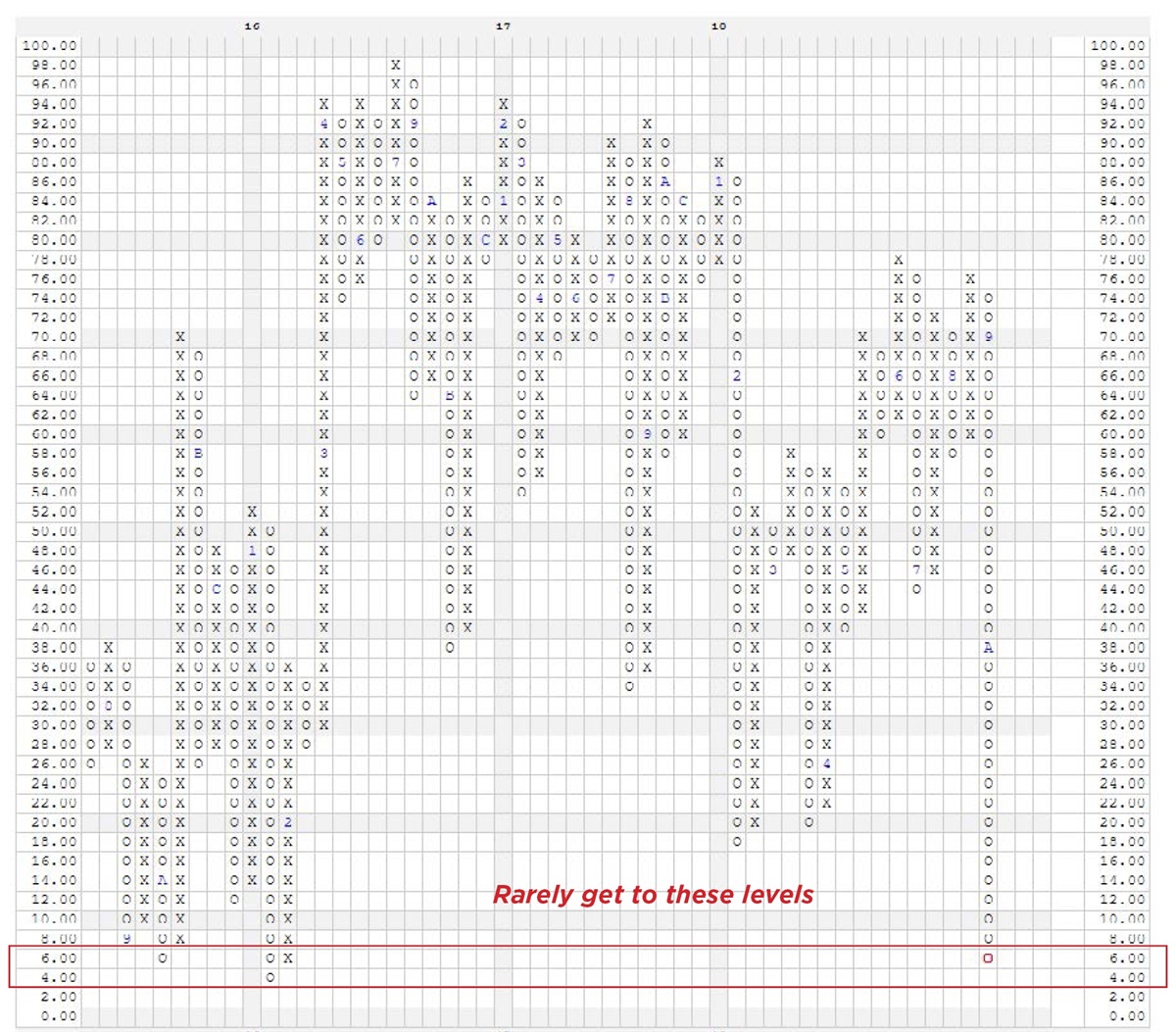 Finally, the NYSE overbought/oversold indicator is at extreme measures. 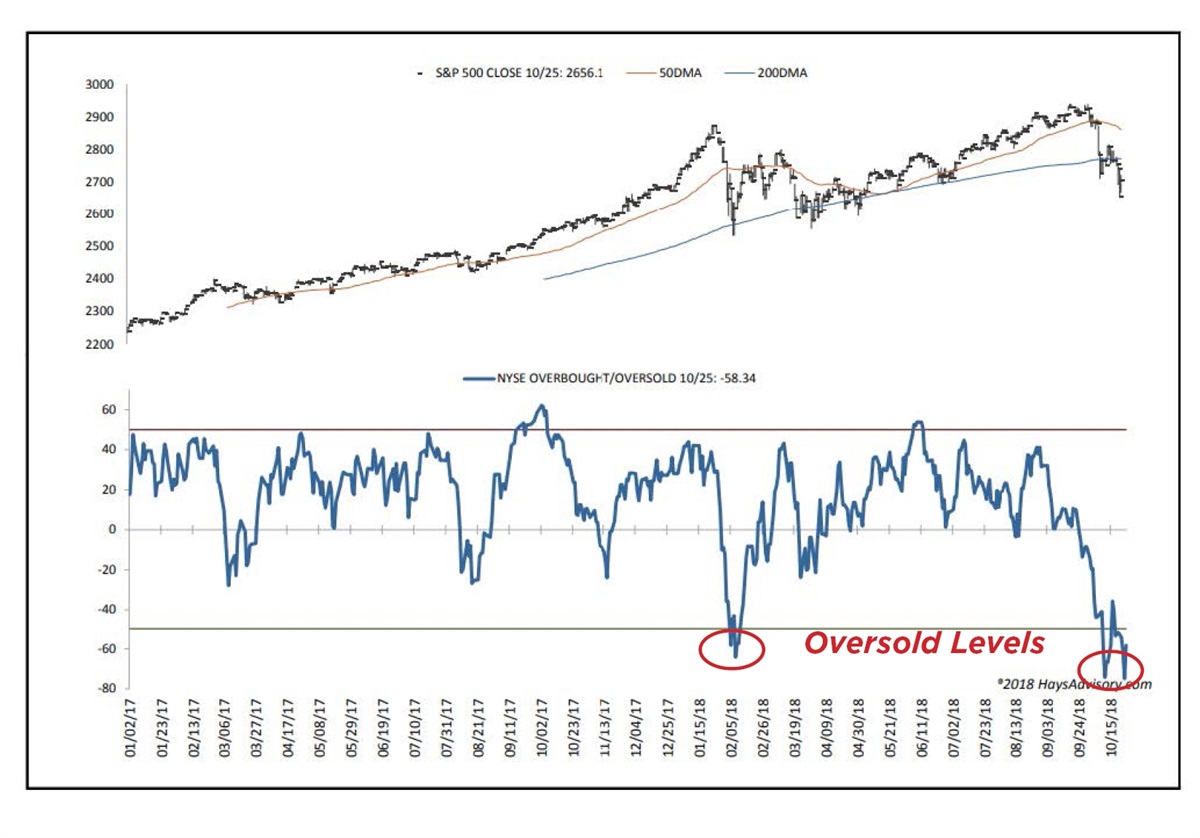 So where do we go from here? Our model is telling us to play defense, which means we are to be raising cash from stock positions on rallies, being cautious with our allocations, and looking for a new uptrend before we start adding more risk back into the portfolios. It’s time to be cautious, but also be smart about it. Rather than just sell out of emotions, we will sell at better prices and a less extremely oversold market. That may take days or weeks to accomplish, and it’s also possible that by the time the selling becomes a reality, the market may have changed it’s tune and setting up for another leg up. Only time will tell, but we will be looking for better prices to sell in the coming weeks.