On Friday, we started to answer the questions of how should one respond to what we shared regarding expected future returns in the market and try to make money in the face of these forecasts. As we mentioned then, we see two key themes emerge as we look to address that question. The first was diversification, as we detailed in Friday’s piece. Today we will extend this conversation to the second answer to this important question.

In our opinion, the second answer is to have a tactical model that can adjust allocations and risk according to what is going on in the world and where opportunities lie. Much of the financial industry revolves around something called the Efficient Market Hypothesis (EMH). It became popular in the 1960s. The hypothesis, among other things, said that all known information is priced into stocks and market participants act rationally at all times based on that known information. A strategic model based on EMH builds a portfolio based on how much volatility you can handle and optimizes an allocation to achieve that. Periodically it will rebalance to keep you in line with that allocation. Sounds simple, and if you believed EMH it would be a reasonable way to run a portfolio. We see some flaws.

If this hypothesis were fully true, we wouldn’t see over-valuations and under-valuations like we do in the chart below. We would see a nice smooth line representing all known information. The dot-com bubble and the financial bubble (and let’s throw in there the Bitcoin bubble) are just the latest bubbles fueled by irrational investor emotions that carry markets far beyond their fundamentals. 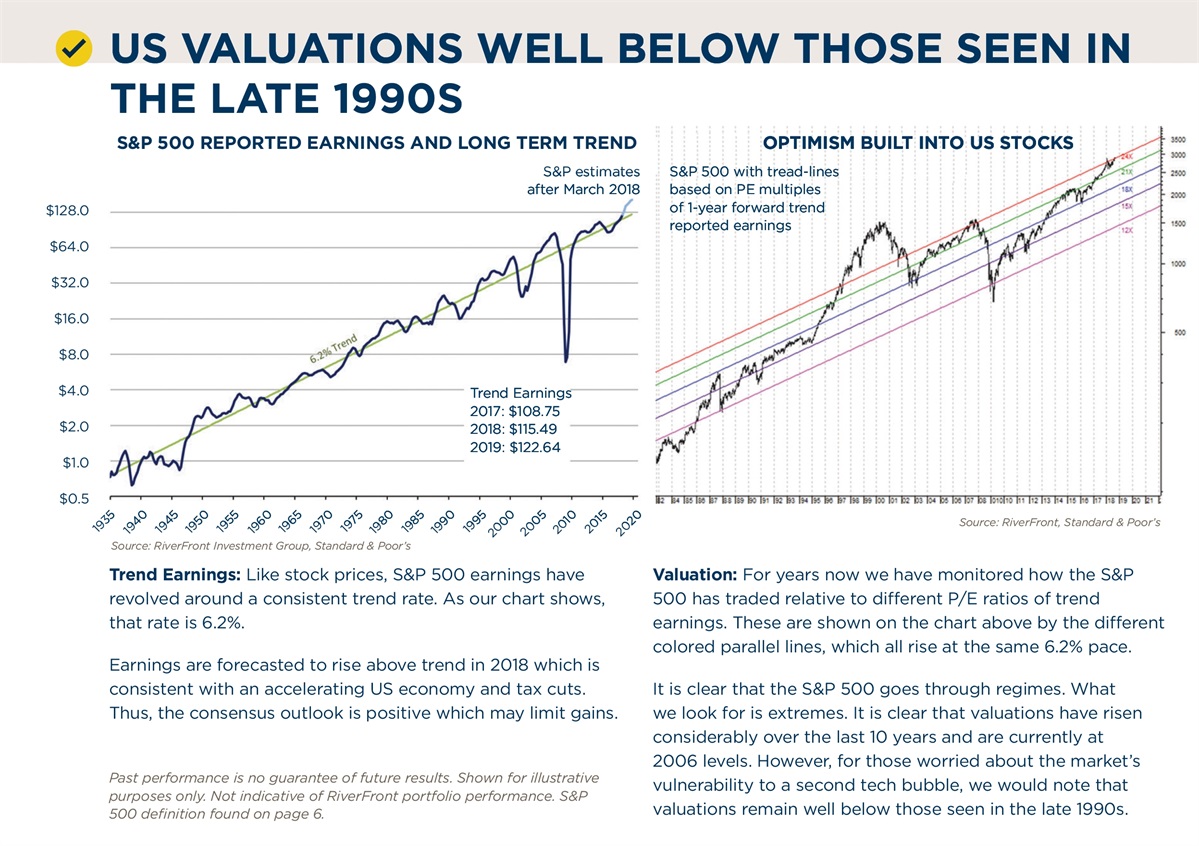 Indulge me for a second and let me point out a few things. Many things that were believed true in history have been proven false – like Flat Earth, the Sun revolving around the Earth, and…developing portfolios as if investors do not have emotions. We know investors have emotions and act irrationally at times. It is with that in mind that we developed a model and methodology to reduce risk in the portfolios during times of stress in the world economy. In doing so, we believe that investors will continue to be invested to meet their own personal financial goals. Otherwise we see investors wanting to buy at the top of markets and sell at the bottom – not a great way to be successful in the world of investing.

Let’s now put this discussion of a tactical model together with some of what we looked at on Friday regarding international equities. Below is a chart reflecting international valuations that is a stark difference to the one you saw in our first post in this series – the one that looked at US companies. You can see that those markets are trading at steep discounts to their historical trends, potentially providing an opportunity to tactically shift toward international equities (while remaining well diversified) in pursuit of better long-term outcomes for your portfolio. The international central banks were a few years behind our central bank coming out of the Great Recession in 2009, and they are still a few years behind. As our central bank is raising interest rates and closing in on the end of their rate cycle, you could see other central banks start their rate increases as foreign economies continue to recover. 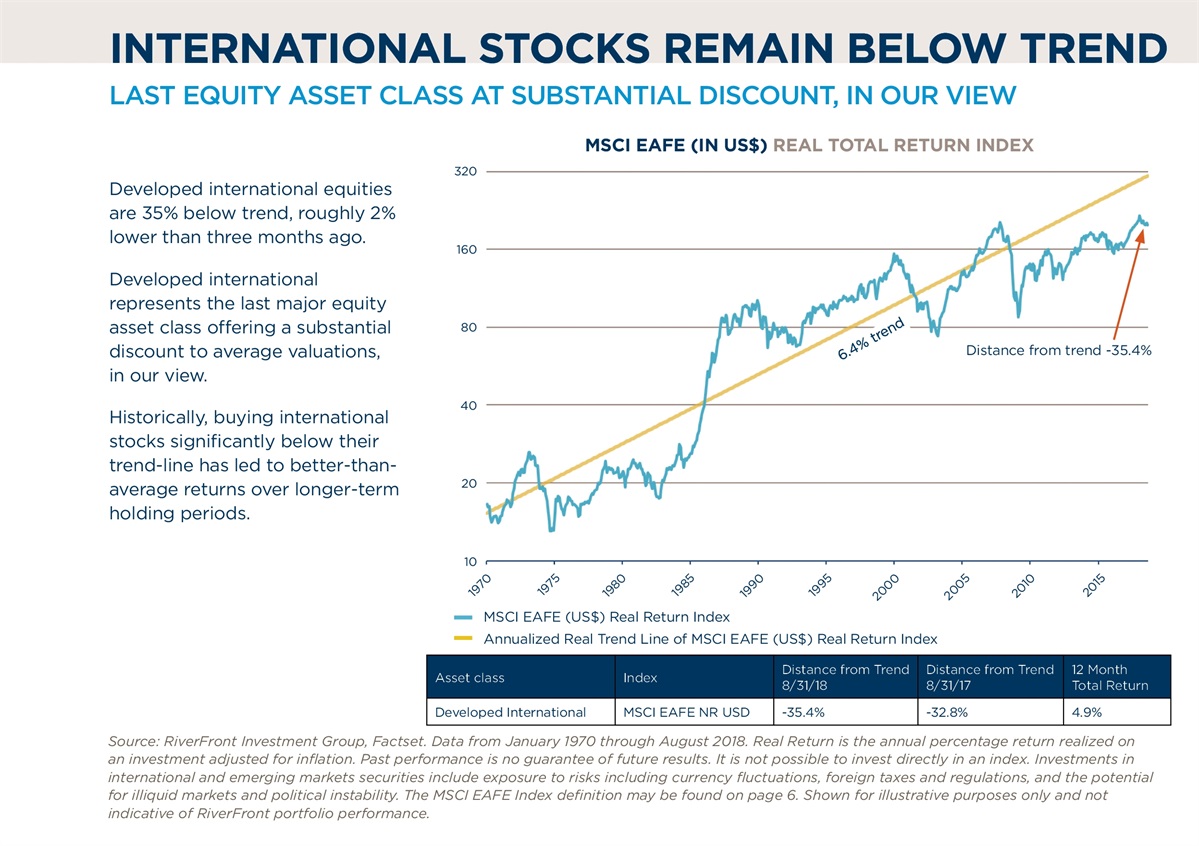 Should our Federal Reserve raise rates too high and slow the economy too much, which would likely have ramifications internationally as well, the model should pick that up.  As we said in the first post, we are playing defense and looking for a break one way or the other to tell us whether the market continues to move up or due for something uglier.