Now they have religion?

Good thing we did away with the word ‘Transitory’, because the Federal Reserve was starting to look a bit foolish. “Ok, from now on, let’s pretend we never used the word transitory.” And if anyone does, they will be working for the Treasury going forward, right Janet? Okay, a bit of a snarky open, but I think you get my point. Listening to policymakers’ muddle through these past few months has been a classic mix of frustration, head shaking, and bewilderment. They are clearly in uncharted territory, and I guess I just wish they would show the necessary humility to admit they might have a lot of tools, but they don't have all the answers. They are trying to steer a VERY LARGE ship through these waters, and the truth is that the ship (the economy) does not exactly like to be told where to go. Partly for that reason, policy interventions, even those with the best of intentions, can have unintended consequences. Let's take a look at one.

A year ago, unemployment had come down to 5.5% nationwide, but that wasn’t good enough. The FED's goal was to get everybody back to work and they weren’t going to take the foot off the gas until that happened. Except, would it be fair to say that “emergency” monetary policy wasn’t still needed at that point? 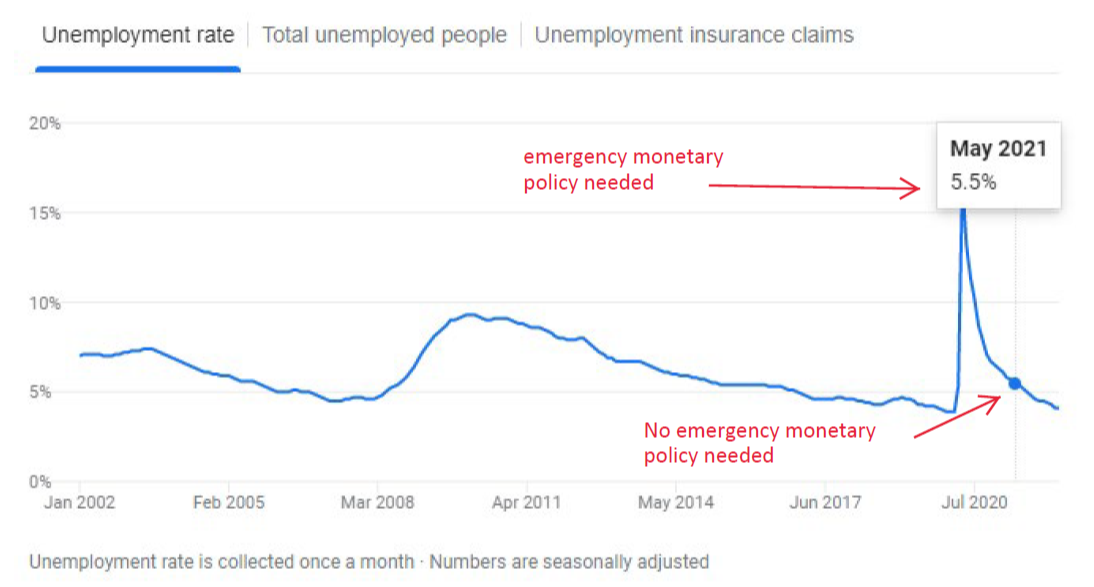 And yet, “emergency” monetary policy was still in effect. M2 money supply was expanding at 15% in the 2nd quarter of 2021.

So now, the FED has gotten religion. As they are skidding toward the ditch, now they are worried that inflation is out of control…and they are apparently ready to unleash all the tools at their disposal to tame it. Newton's 3rd law applies to managing economies too, I guess.

Yesterday, a new, hot off the press story in the Wall Street Journal floated the idea that the FED is considering 75 basis points (or3/4 of a percent) rate hike this week (tomorrow).

Of course, this is a couple weeks after saying the 50 basis points are baked in for the next couple meetings. Let’s take a look at the Fed Funds Futures. 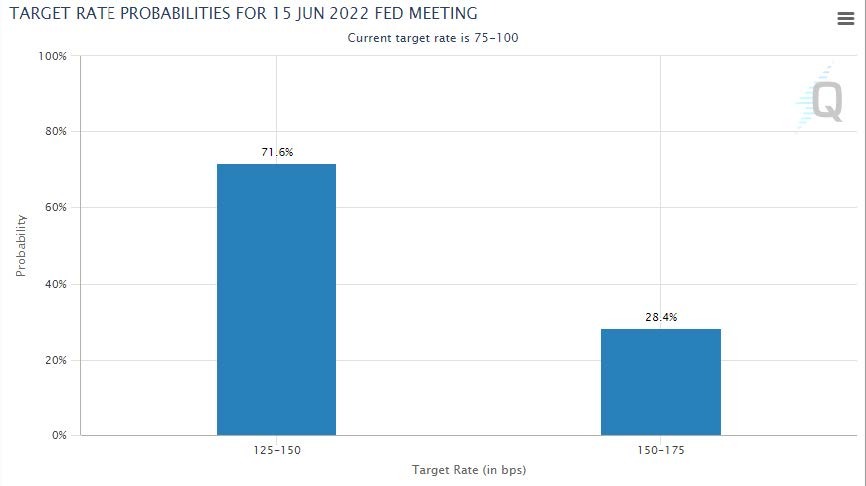 Still only showing 28% chance of a 75 basis point increase. Up from roughly zero a few days ago. So that’s where the Fed Funds futures show. What about the treasury market?

You can see below that the 3-month Treasury is priced at 1.66%, which is right in the middle of where a 75 basis point increase would take the overnight rate. That tells me to expect that increase on Wednesday. That will make short-term bonds more attractive and increase the yields of money markets across the board. Although, I don’t know that you will see that flow through to your checking or savings accounts at your bank.

Where has all this put mortgage rates? Hint, it ain’t pretty. 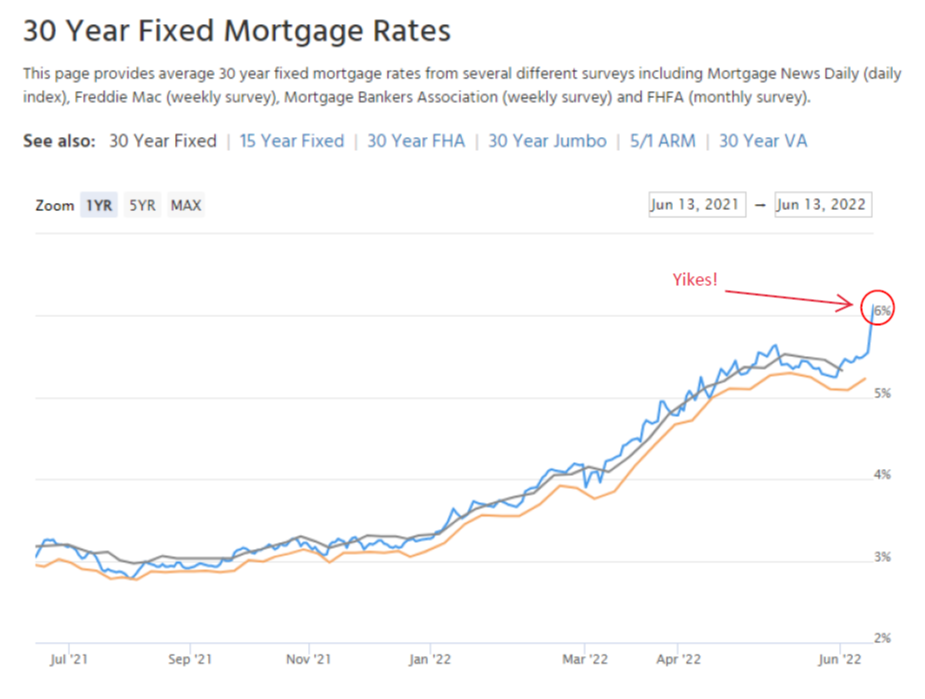 Over 6%. Not seen since before the GFC. For those of you who have been around the real estate market for more than a few minutes, you know that 6% is still not a terrible rate, but when housing prices are the 2nd most unfavorable in history, something’s got to give. I’m going to guess that prices will adjust. Maybe not to the extent that they did in 2008, but more than many people would like.

Throw leverage on top of that and even a small amount contraction could result in a complete loss of profits. Same holds true for autos, RVs, and basically everything that benefited from the pandemic stimulus.

This is where Andrew says that I’m being too negative and that we need to remember not all is bad with the economy and the markets (while admitting its increasingly hard to find gold nuggets in the markets these days, at least in the short term).

The more optimistic view would say that the economy is still very strong and will be able to withstand an economic slowdown. Those that don’t have stock market equity or own a home will not be as affected. We will have to rebalance the economy (worldwide), without stimulus and money printing and that will ultimately lead to a “real” rebound, “real” sustainable earnings and “real” price discovery, things we haven't seen for years. And that will all be good. Getting from here to there will likely be bumpy, but we will get there.