Last week was another example of why we don’t ascribe too much emphasis on the day-to-day movements of the markets. While the ISM numbers were bad and certainly the job numbers are slowing, we are not seeing a complete ‘falling off the cliff’ economy, yet. We did see the FED funds futures reprice for this month. Prior to last week there was a small chance that the FED would lower short term interest rates.  If we look at the projections now, we can see almost a 75% chance of a 0.25%  rate cut at the end of the month. 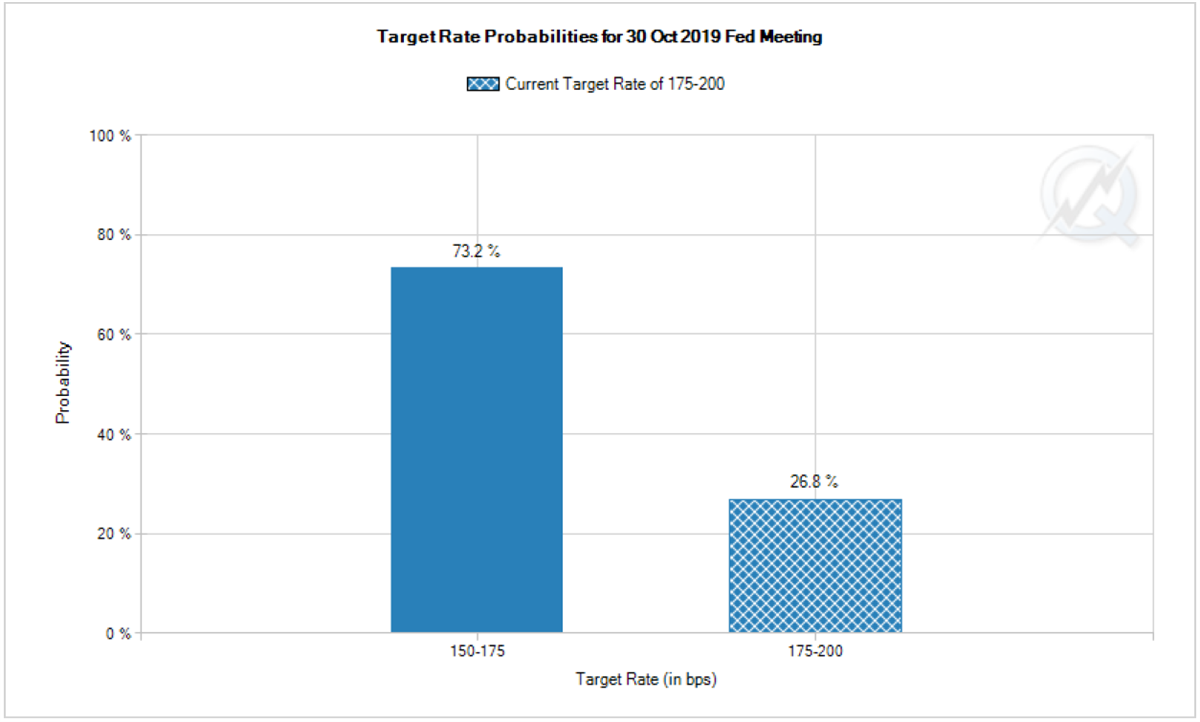 The chart below shows that the market is now expecting at least one cut before the end of the year. The FED keeps saying they are data dependent. At this moment, there doesn’t seem to be a huge need to lower rates substantially, but that could change over time. One thing that is really important, there can be a recession caused by consumers expecting a recession (self-fulfilling feedback loop). That is what’s so interesting about this time period – many are and have been expecting not only a “bear” market, but also a recession, because this expansion has gone on for a record period. 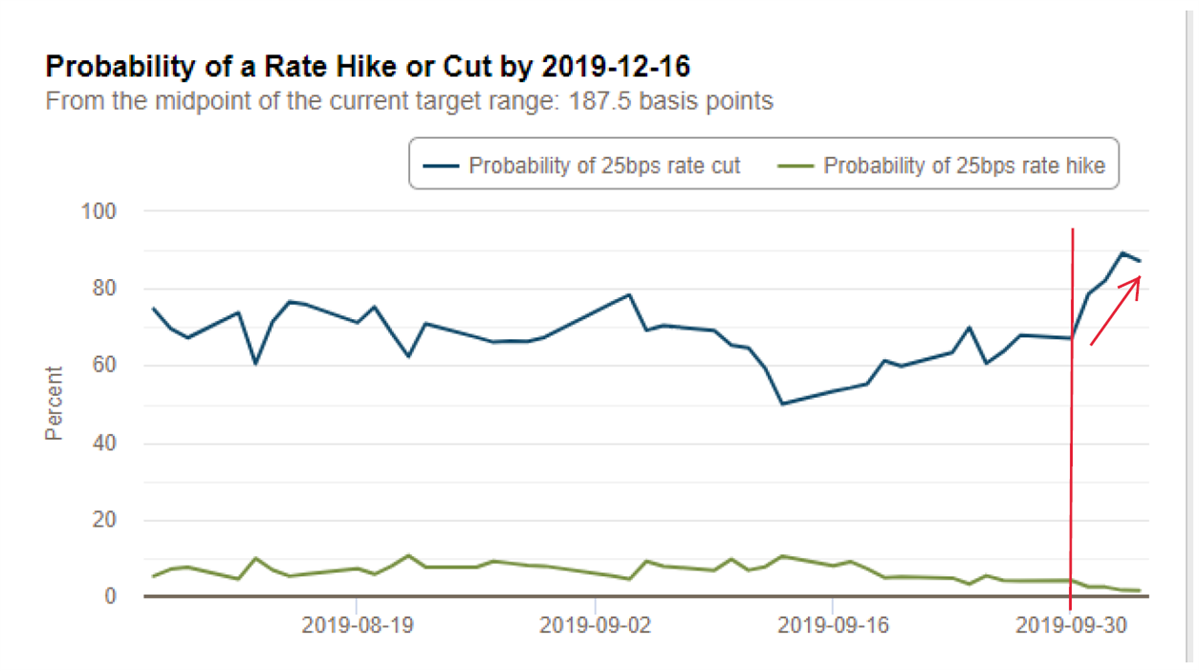 Keep in mind that economic expansion doesn’t “die of old age” (even humans technically don’t…despite that term being used so often), it usually dies because money becomes too restrictive (rates being raised too much). That causes spending to slow, which in turn slows the economy at the same time the FED is raising rates. We had that at the end of last year and we were vocal about saying the last FED rate increase was not needed, nor was the continued reduction of the FED balance sheet. Fast forward to now, and you can see that not only have they stopped reducing their balance sheet, but they have actually started to increase it.

Now, you know as well as I do that the increase in their balance sheet means that they are borrowing more money. We ultimately don’t like that activity and also think that there is likely more of that coming over the next couple years. Eventually, someone will have to pay back that debt or the FED will monetize the debt and purposely devalue the dollar (that brings with it a set of implications well beyond the scope of this week’s missive).

Finally, in the chart below, you can see that the market shrugged off the bad numbers in the beginning of the week and finished little changed for the period. You can also see that our Relative Strength, MACD and Oscillator numbers are all in the middle of their bands. That just means that things are evenly balanced in the markets. That also means that movements can be exaggerated because a lot of money can move the markets in either direction at this time. 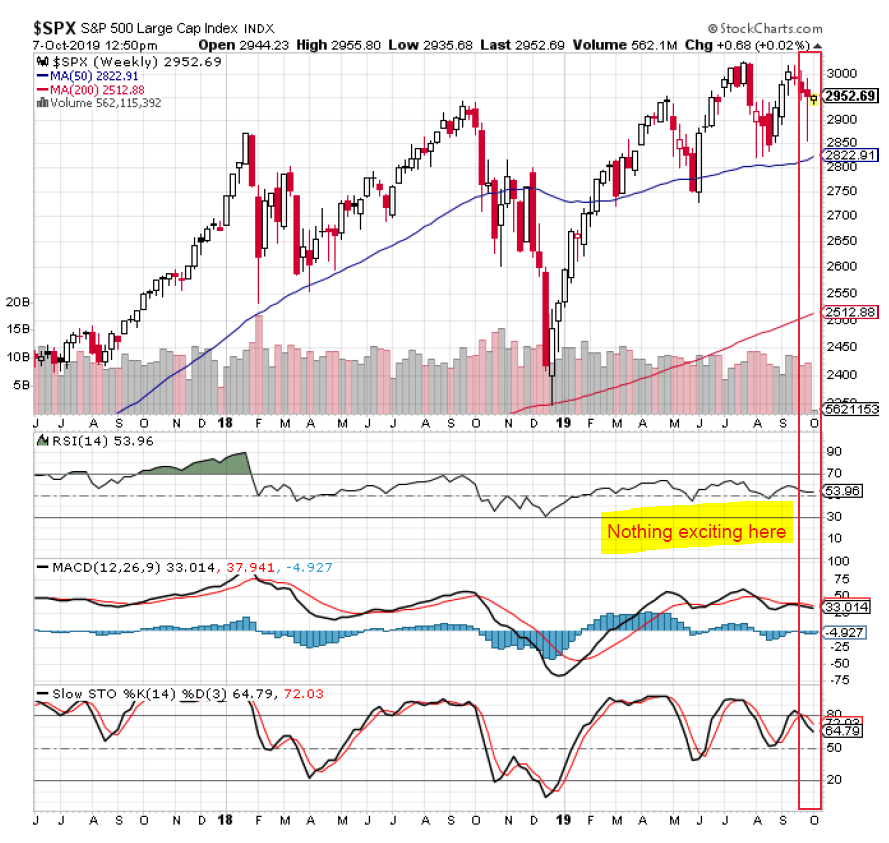 That’s probably enough for today, we continue to be vigilant and should it become necessary to make changes prior to our traditional month end, we of course will. We still remain cautiously optimistic.