Last week was the start of earnings for the S&P 500 companies and it was a bit of a mixed bag. While the big banks generally met or exceeded earnings, the expectations had already been lowered. In general, there was concern about the economy going forward for the rest of this year. Let’s take a look at Bank of America.  Here’s the headlines:

It should come as no surprise that the economy is slowing, and that corporate America is concerned about that. In fact, here was the recent Conference Board’s C-Suite outlook for 2023.

But remember, the market looks 6-9 month ahead. This, we believe, is already priced into the markets. What isn’t priced in is anything greater than a mild recession that lasts 2-3 quarters or is in fact not a “recession” but something just short of that definition. 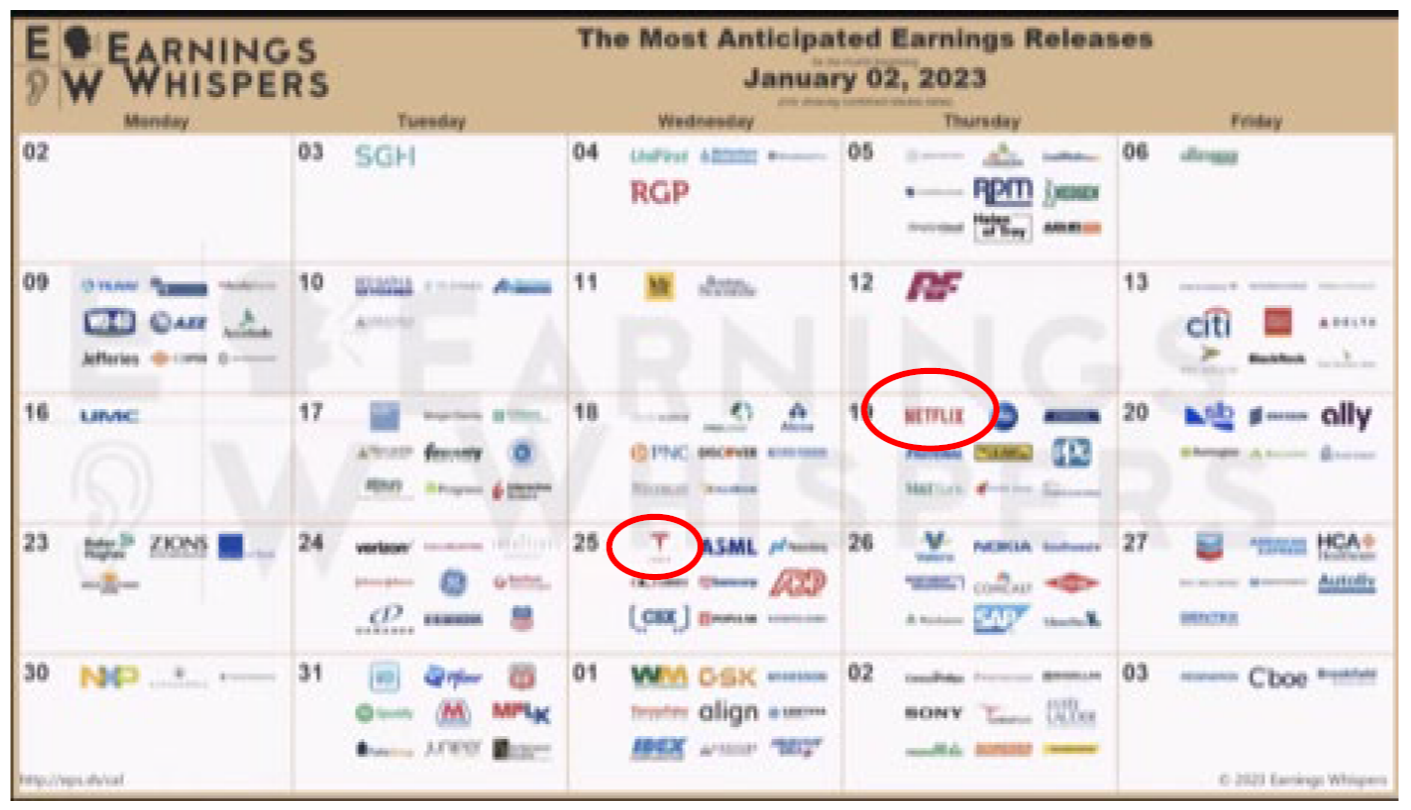 Netflix is the first of the big tech companies to report earnings (this Thursday), followed by the highly anticipated earnings from Tesla on the 25th. Those two will set the stage for many of the other large tech companies due to report early next month. We would expect most of them to beat estimates, but it is the forward guidance that will dictate the market’s reaction.

Take a look at this headline from a couple weeks ago that you may have missed. 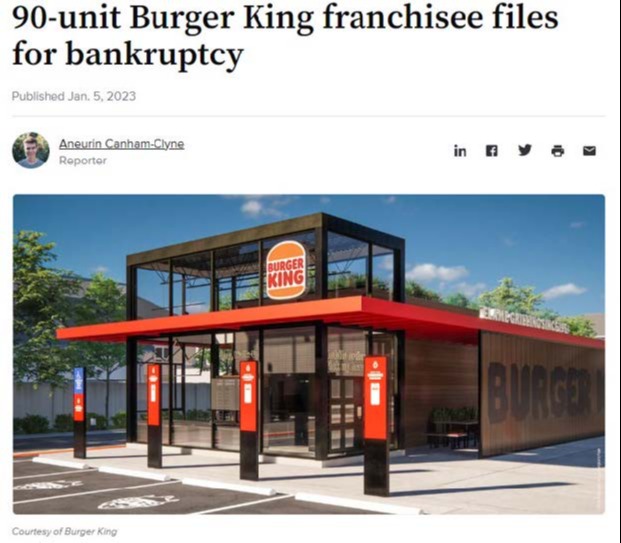 They will reorganize and come out of bankruptcy. But, how about the owners of Toms King, the Franchisee. You think those folks might be spending less money as their company goes through bankruptcy? I do! Let’s look at who they owe.

Bank of America is owed $35 million (secured), but $7 million is owed to Burger King corporate. If my math is correct, that leaves an additional $7 million to other creditors. You think everyone will take a haircut on what is owed to them? Probably. At a minimum, they will restructure the debt so that the company can figure out a way to pay them all back, just on a longer time frame.

This is the type of stuff that makes Brian Moynihan (Bank of America CEO) cautious going forward. And it makes sense. So long as that sentiment doesn’t get too pervasive, it will be a relatively minor recession.

Changing topics a bit, let’s turn our attention back to the “January effect” mentioned last week. As we’re apt to do, let’s look at the charts. Below are the historical returns when the first five trading days of the year are positive.

Add on top of that, the years that were negative the previous years and you start to see very positive outcomes. 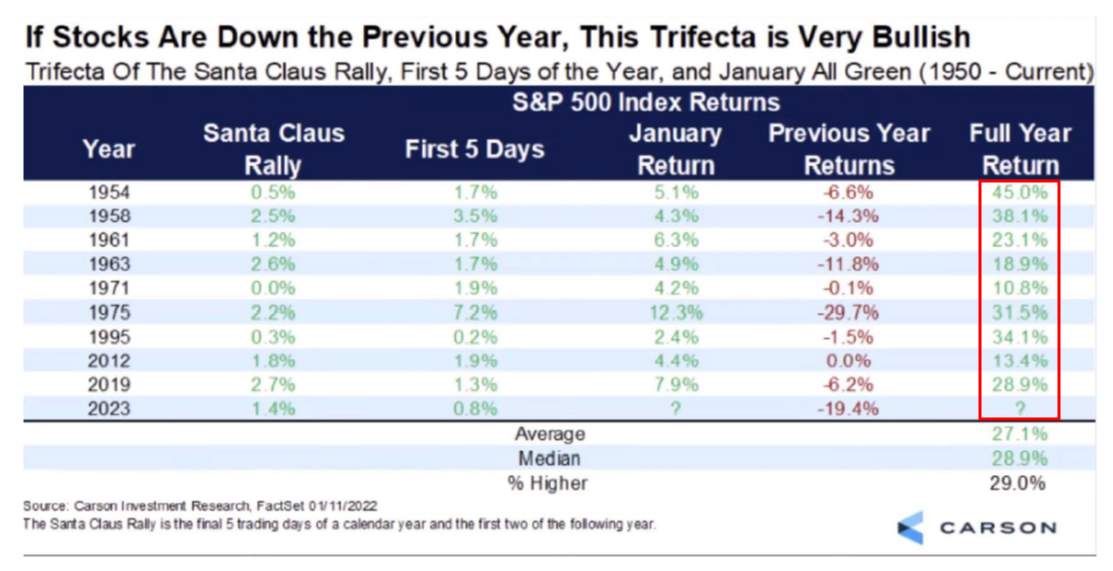 Now, combine that with the thrusts that we have mentioned from time to time, and you can see that maybe, just maybe, the market is looking past the valley at better times. I know it doesn’t feel that way, but that’s what makes investing so hard! Of course, past performance is no guarantee of future results. 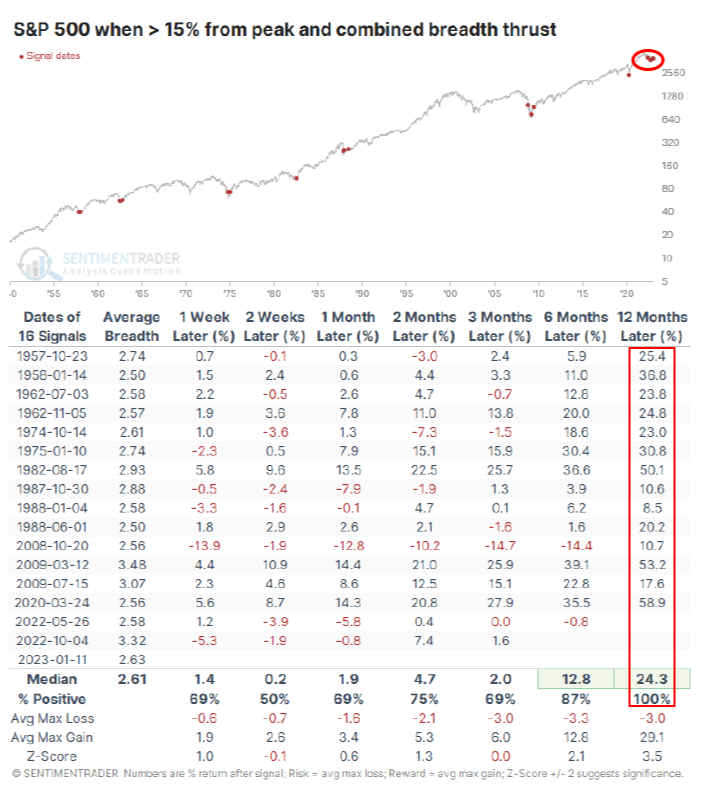 Clusters of breadth trusts are much more telling than just a single event. You can see above that every time this condition has happened, going back to 1957, this has produced positive returns out one year (all the green numbers in the last column). Shorter time frames are much less reliable. But I would say that likely fits into our narrative at the moment, barring the FED blowing things up. YES, I had to throw that in!

Anyhow, I would still expect the newspapers to be grim, but I think our outlook a year out is continuing to get better. What happens between now and then is more uncertain, but always remember your time horizon when investing. Let’s see what earnings season brings us and we will continue to adjust our thinking. If you have any questions, please reach out. Have a good week.