The FED says there needs to be more fiscal stimulus. The Democrats want $2.2 trillion in fiscal stimulus and the Republicans want $1.8 trillion in stimulus (at least these are the latest numbers being offered).  Who says the politicians can’t come together and agree on something?  Ok, so how it gets spent and who benefits is where the rubber meets the road, but from a 30,000 ft view, it seems like everyone wants to pick the Washington, D.C. money tree. Uncle Sam has been replaced by the venerable Uncle Thin Air, and he has some incredibly deep pockets!

As one might expect the stock market has responded at the prospects of further deficit spending and has acted accordingly. You can see in the chart below that the equal-weight S&P 500 has broken out to new recent highs and we would expect it to challenge previous highs from before the pandemic started. 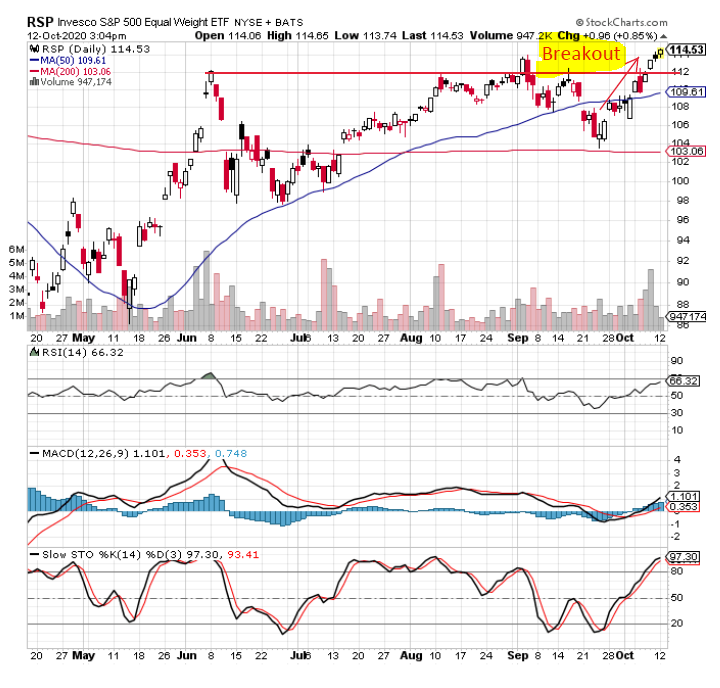 If you remember, our model went overweight stocks at the beginning of September. However, due to the overbought nature of the market at the time, we chose to only put a fraction of the overall allocation to work, waiting in search of better prices. These came about at the end of September with the S&P 500 down over 4% for the month. Now we sit with relatively full stock allocations, hopefully expectant of the market getting ready to break out. It appears to be broadening out with small and mid-cap stocks performing better over the past few weeks (today notwithstanding). 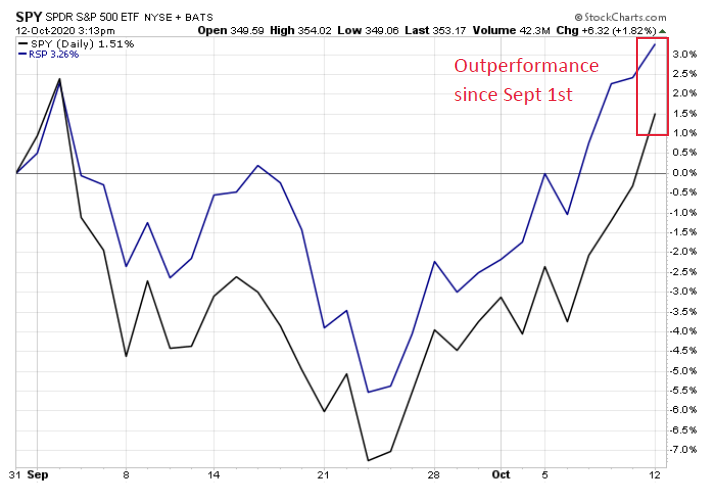 Ultimately, we need more stocks to help lift the markets to new highs. Otherwise the market will become too top-heavy and will not be able to continue in that fashion for too long.

To change gears a bit, the following chart shows debt held by the public compared to the economic output. You can see that pre-COVID we were on an upward trajectory, but since then our debt has been turbocharged and is likely to grow to $121 trillion by 2050. 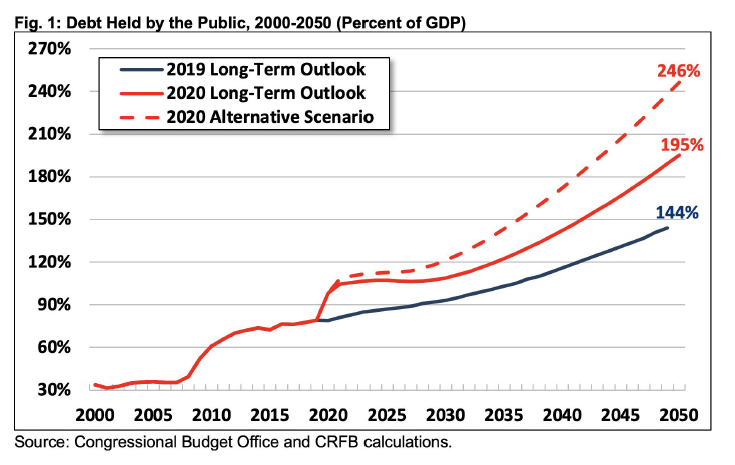 As a result of this debt and the corresponding interest payments, the government will have to decide how an ever-shrinking pool of discretionary money gets allocated. Below is a comparison between the two candidates’ agendas. 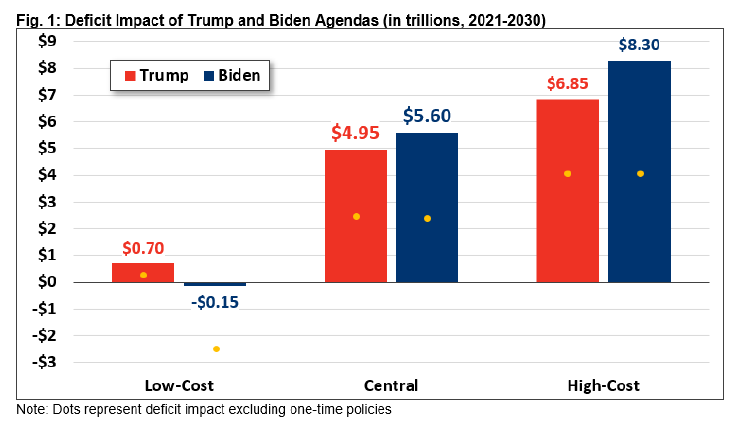 If we break down the above chart a bit more granular, we see how those deficits are broken down.

The glaring difference appears to be greater spending by a Biden administration funded by higher taxes (most likely from the “wealthy”). Just remember, like we’ve always said, if you own a house and have investments in the market (either stocks or bonds), you are “wealthy.” This is not meant to be political, but it’s easy to force a tax on someone else, but when you become the “someone else” it gets real! Oh, and we should note that neither party seems intent on controlling spending. Just look at all the red in the chart above. Your vote next month becomes more about where to spend rather than whether to spend! Like we have said so many times, we will find out at some point whether debt matters or not. I happen to think it does, even at the federal level, but maybe I’m old-fashioned.

As always, we welcome your comments and questions. In the meantime, we’ll continue to test our assumptions, dig into our research, and lean into our model as we seek to be ever mindful of risk while pursuing long-term returns for your portfolio. October is now almost half over and the rain has started in earnest in the PNW.