It doesn’t take a rocket scientist

We hope you had a wonderful Easter weekend. Perhaps you found the golden egg stuffed with a mere $5 trillion. Oh wait, numbers that size are reserved for the purview of the FED. As I mentioned last week, the Federal Reserve has put that $5 trillion golden egg into the economy through issuing currency and buying Treasuries and Mortgage Securities. They put that money into the system and lowered interest rates in the process (increased demand for Treasuries). And now they are talking about pulling that money out of the system.

But with most things in life, it’s not quite as simple as that. Because, while the economy is slowing, it is still growing (note last week’s Atlanta FED GDPNow forecast). Not to mention that these rate increases (which have just begun) take 6-12 months to work through the economy, so we still have time before the real effects of this are felt. But, the FED has started the “jawboning” to move the interest rates up and get the market ready for the liquidity tightening that is coming. And the market is trying to price that in (see below). 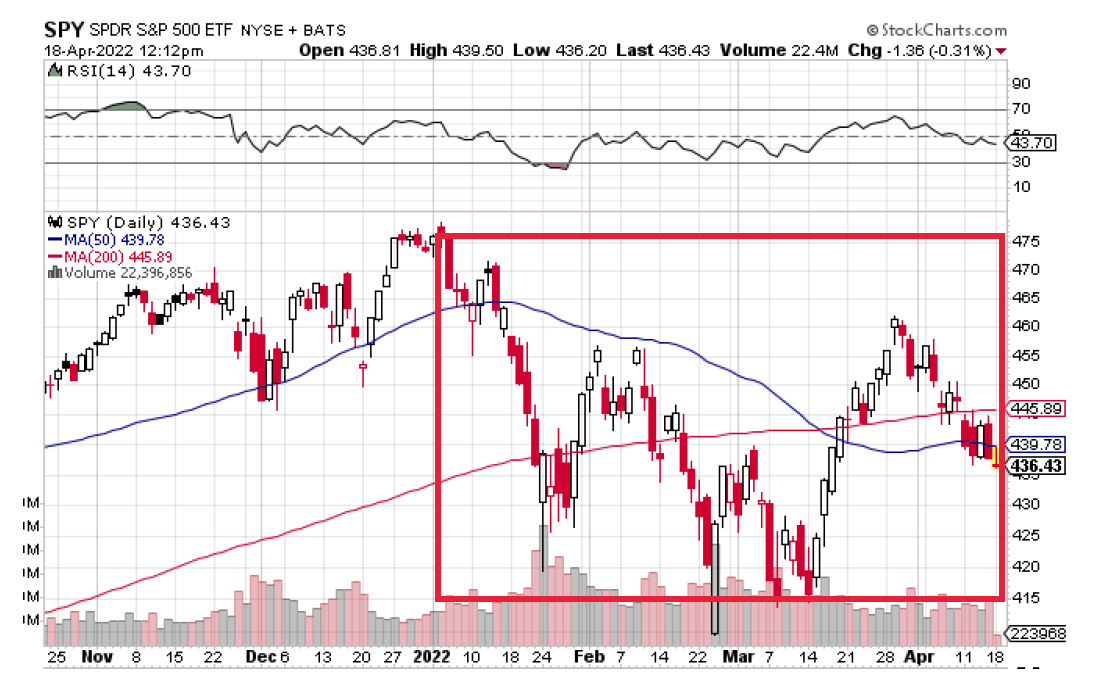 So, it’s very typical for the markets to have a lot of volatility in the run up to rate increases. Then there is usually a move to retest past highs. Following this, the realization starts to set in that these rates will have a slowing effect on the economy. We all know what mortgage rates have done over the past six months, so how has that affected the homebuilders? Here is the chart of the National Association of Home Builders index.

You can see that the index has been going down since interest rates started their move higher. The low marks back in August and September were COVID-related. So home builders are not feeling so good about their industry going forward. See the quote from NAHB chief economist below.

Now, the reading is still above 50, which means expansion in the industry, but clearly there are storm clouds on the horizon. There has been a big rush to lock in rates over the last couple months, as borrowers foresaw further rate increases. Turns out they were right, as there is now no opportunity to lock in rates in the 4’s (unless you want to pay a lot of points).

That’s not the end of the world, at least for some of us that have been in the real estate market for more than 10 or 15 years. For millennials, many of them have never seen rates this high, and we know that the anchoring effect can be powerful. Will they go higher? That’s a great question. Will we see rates with a 6 handle on them? I’m going to take a wild guess and say that if we do, it won’t be there for long, as the housing market will likely come to a screeching halt (and cash buyers will be happier than ever). But what do I know? This one might take a rocket scientist.

Finally, you know that emotions play a big role in the financial markets. Those emotions usually lead us astray and cause us to make decisions that are not in our long-term best interest. Let’s take a look at where investors emotions are today (remember, these are contrarian indicators).

The latest AAII survey shows a 3 to 1 bears ratio. Put another way, there are -32.6% bears to bulls. You can see in the chart below that these levels are pretty extreme and usually mark a low in the markets. You can see the 2018 FED induced selloff that culminated on Christmas Eve, the 2020 COVID related bear market, and the period we are in currently. 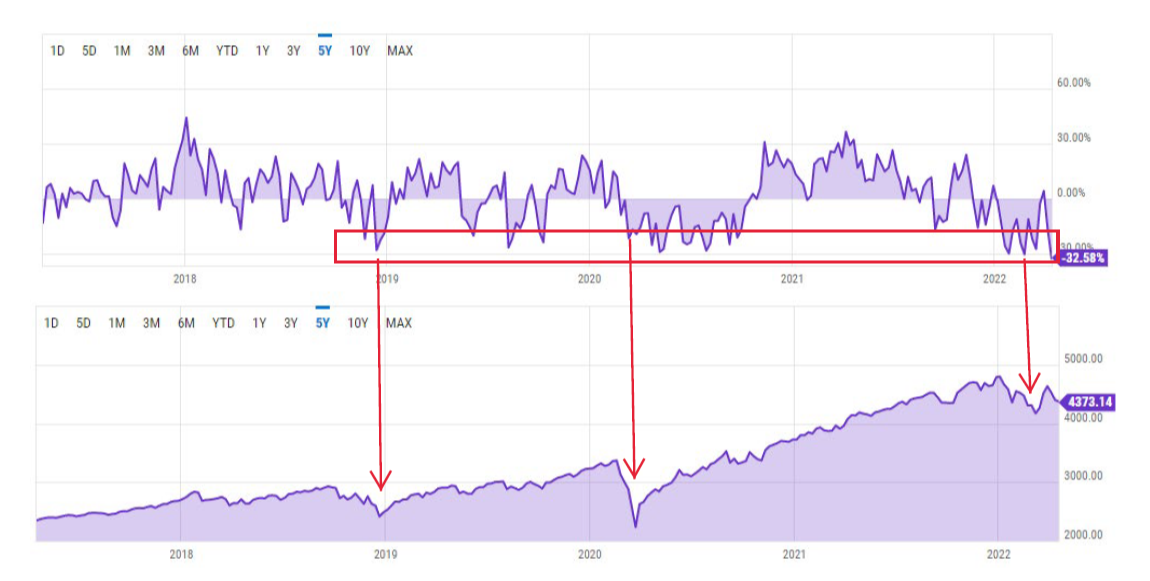 Let’s take a look at a different fear/greed index.

This one is barely in the neutral category, having moved up off the Fear level last week. This one measures several different sentiment indicators, as opposed to the investors’ sentiment above. Four of the seven indicators are in the Fear/Extreme Fear levels, while two are in the Greed/Extreme Greed areas. Those two happen to coincide with stock’s relationship to bonds (which bonds have been a terrible place to be for a “safe haven” trade), while the other one is looking at market breadth (stocks going up versus going down). They classify it in the Greed category, though it looks more in the neutral area to me.

Regardless, it is certainly not saying everyone is feeling great about things. Remember the Buffett quote, “Be fearful when others are greedy and greedy when others are fearful.”

Like I said last week, the next couple months will be critical. The FED is either focused on continuing to raise interest rates well beyond neutral (as they have said) or they have moved interest rates well in advance of their intended rate increases. We know they can’t be trusted to take at their word, because they will change on a dime. So that leaves us hanging out there waiting for them to show their true intentions.

Your Non-Rocket Scientist signing off now.  Have a good week and please do reach out with questions, comments, or concerns.