The ECB Steps In

European Central Bank President Mario Draghi announced an aggressive package of additional measures to ease monetary policy in the Eurozone on Thursday, causing equity markets around the world to rally. However, Mr. Draghi’s announcement that rates will not be raised further dampened investor enthusiasm, at least for the moment. The Euro reversed initial losses following the announcement and ended significantly higher than where it began in Thursday's session. The euro then gave back some of those gains ahead of the weekend, but still ended the week higher than it was before the ECB meeting.

Responding to the ECB, the S&P 500 Index and global equity markets racked up further gains last week in light of the ECB’s actions attempting to boost economic growth. As evidence that investors may not be convinced of the likelihood of strong growth in the domestic economy, the Russell 1000 Value Index has returned 0.31% compared to a -1.86% loss for the Russell 1000 Growth Index. By way of contrast, in 2015 the Russell 1000 Value Index had a -3.84% return compared to the Russell 1000 Growth Index return of 5.67%. Helping to fuel the move in value stocks has been a surge in commodity values. Oil closed Friday at $38.50, the highest close for 2016.  Gold is up nearly 18% for the year. Even natural gas was up nearly 11% this week, although still down 22% year-to-date.

Amid all this stimulus, the German 10-year is yielding less than 0.3%. This comes after Japan pushed interest rates into negative territory for the first time ever. As if on cue, last week two major world economic bodies weighed in. First, the International Monetary Fund’s David Lipton warned that the world faces a growing risk of economic derailment and needs immediate action to boost demand, stating "Now is the time to decisively support economic activity and put the global economy on a sounder footing." Lipton proposed a three-pronged approach of pro-growth fiscal policies, making the most of monetary policy and pushing forward structural reforms. In our opinion, the structural reforms have proven the most challenging of the three and will be the most difficult to address.

Also giving voice to concerns we share here at MPCA, last week the Bank for International Settlements issued a report which warned that "The debilitating impact of persistently negative interest rates on the profitability of the banking sector has emerged as an important consideration." Insurance companies and pension plans also faced serious challenges to their business models from unorthodox monetary policy, the central banking organization said. We say beware the law of unintended consequences. 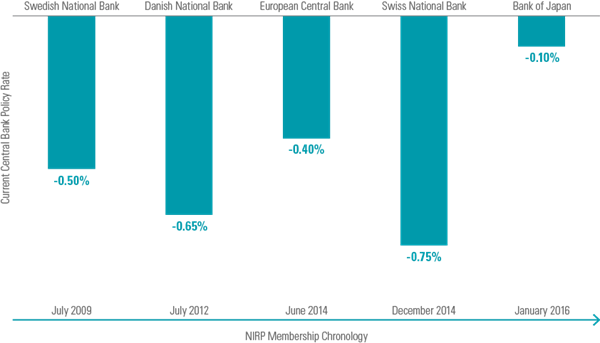