Inflation or not? That is the question

We have spoken about this many times over the past year and now let’s try to update where we are at in relation to inflation. 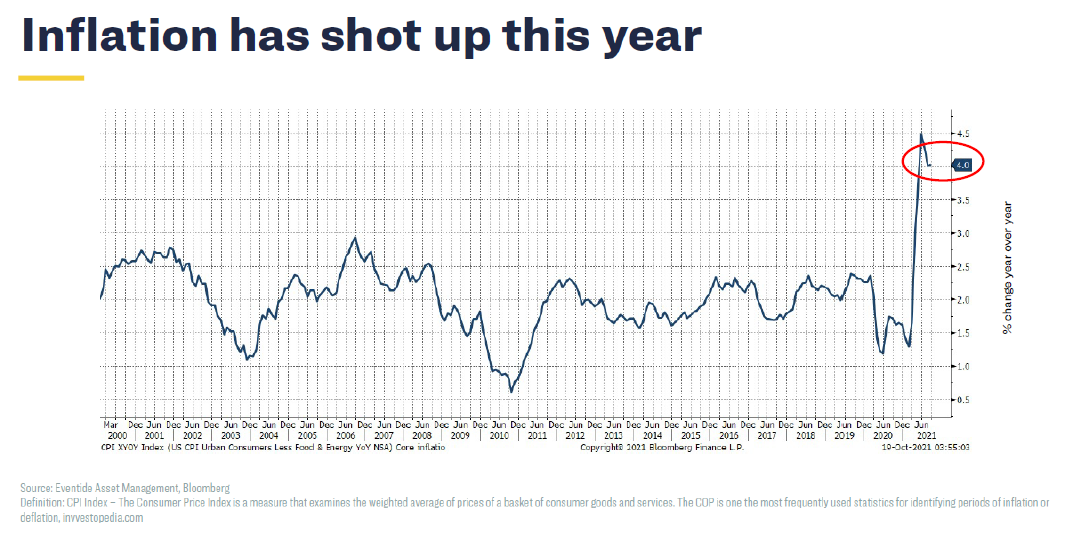 That is clearly a bad look at inflation. But let’s take a look at the components of inflation.

Do we expect the components of inflation to continue as they have for the last year or so? Typically used cars don’t go up in value, and I would expect that over time they will settle back into their usual depreciation trajectory. But not until supply chains right themselves.

So the question then becomes, how long until that happens?

As you know, we have been in the camp that inflation will be higher than it has been for many decades and will likely be less “transitory” than economists would like us to believe (think a couple years). But do we agree with Jack Dorsey? See this headline from Saturday.

Really? Hyperinflation?  Hmmm, not sure I can get there, Jack.  How about the argument from the other side of that, bring in Cathie Wood of ARK Invest. Here’s is why she believes there will NOT be hyperinflation, and as a matter of fact, she believes that we will have deflation. 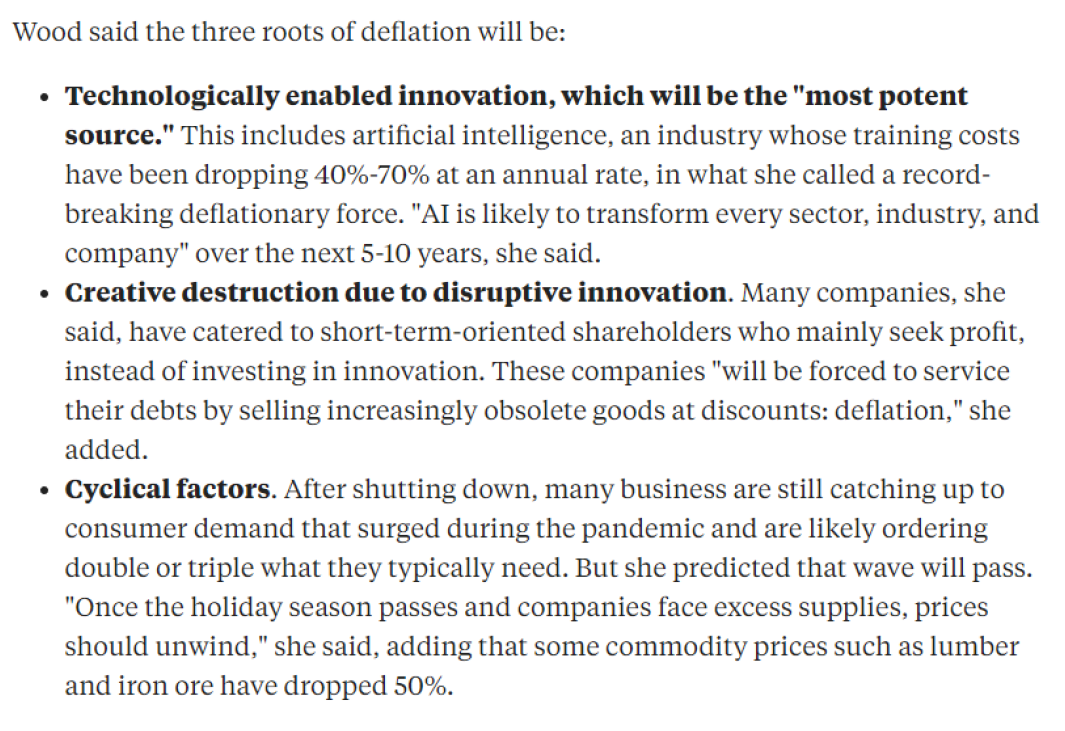 It’s easy for someone to come out and say the money printing from the central banks will cause inflation, and I agree that it likely will and already is causing inflation, but hyperinflation is hyperbole. 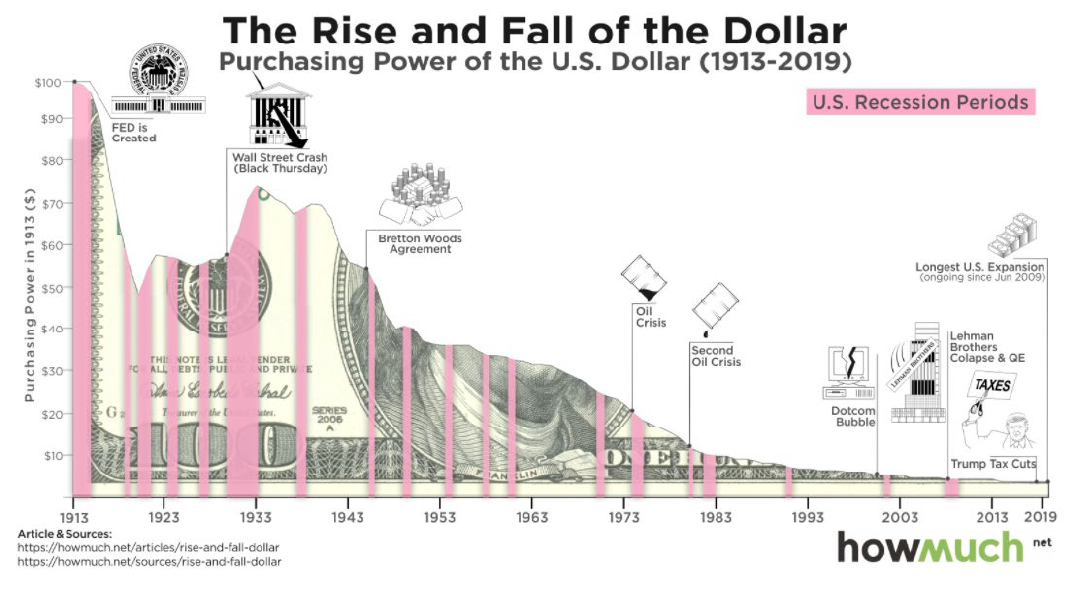 That’s through both Democrat and Republican administrations. The one thing that stays constant through that is the Federal Reserve and the printing of money. The inflation that slowly eats away at our purchasing power, so slowly in fact, that it’s hard to notice over short periods of time. But it’s there, and you wonder why it’s so important to invest in assets that outpace inflation? Because the alternative is running out of money before your run out of time on the earth.

Here are some quotes from CNN’s “State of the Union” on Sunday morning.  Jake Tapper interviewed Treasury Secretary Janet Yellen (yes, the past Fed President).  Keep walking, nothing to see here…

Later in the interview…

But have we lost control? Of course not, we are in complete control.

If I remember correctly, they were saying that the housing crisis was under control too. And the Dot.Com bubble would be fine.

You know how to tell when a politician is lying?  When their lips are moving!

Finally, as we look at wages, if you haven’t noticed lately, entry level workers in the food industry are getting hefty pay raises, just to get people to come to work. McDonalds is starting at $15 to $18 per hour and shift managers are making $20+ per hour. Now that might not sound like a lot, but it’s a long way from where it was just a few years ago, but don’t be surprised at the cost of a Big Mac. 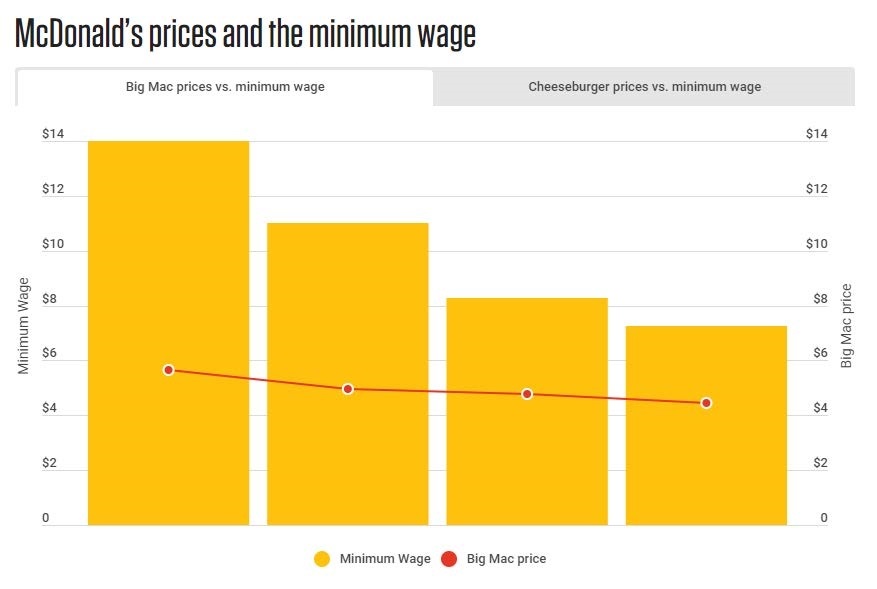 There is a definite correlation between wages and prices, don’t you think?

Finally, one last chart I came across last week that I thought was interesting. It refers to the supply chain and how quickly that backup will dissipate. The ports of Long Beach and Los Angeles are working 24/7 now trying to get caught up and get those containers unloaded and ready for delivery. Here’s a headline from the Oakland Press.

And here’s another headline from CNN Business.

Oh, and you wonder what a truck driver makes now? Here’s a headline for you.

Why is this an issue? Here’s the chart I was referring to.

Now, I don’t know how many of those 1.5 million newly retired people were truck drivers, but I’m sure a fair number were.

So with the ports working 24/7 and the holiday season upon us, let’s hope we can entice enough people to get their CDL and get those containers delivered to where they are supposed to be.

Ok, that’s enough for today. Dr. Fauci says it’s ok for us to conduct Halloween this year, so go out and have fun. Just make sure it’s outdoors and in a socially distant way, unless your job is to give Andrew’s kids candy…then pull out all the stops! And finally, let’s hope the flooding in central California doesn’t get any worse.