Does the market see a pivot?

There have been many “bear market rallies” over the course of 2022. Is this another one? Or is the market sniffing out a change coming from the Federal Reserve? That’s a good question, and nobody really knows the answer to it. But, if there is a change coming, I do think the market will start to price it in well before the announcement is made. Then again, could it just be a bear market rally that is working off an oversold position, only to stall out at the 200-day moving average? Could be. Let’s take a look. 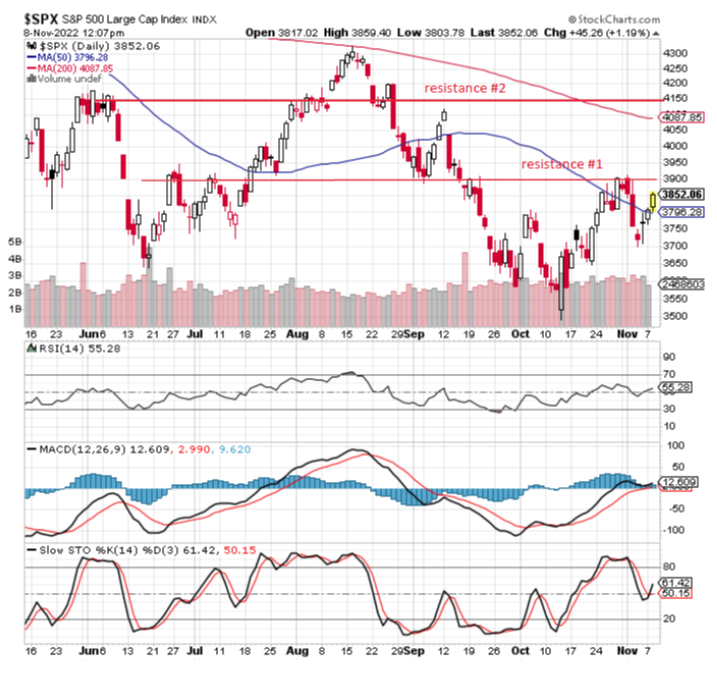 There is chatter that the market is partially rallying because market participants are discounting some sort of “red wave” in the elections today. Regardless of which side of the aisle you are on, the market likes split government. Split government translates to no side being able to get everything they want. That typically means no massive spending bills and no huge changes in legislation (including tax rates), which equals more status quo. The market likes status quo. It likes predictability. It doesn’t like unknowns.

Let’s take a look at a couple interesting (at least to me) charts. If you remember, I said many times that the dollar will be key to any lasting turn in the market. So, what’s new with the dollar (aside from us feeling it doesn’t go as far as it used to)?

The dollar has come down to its recent breakout in the 109 range. That’s a positive, but hardly a break in trend…yet. We identified a break below 105 as a more significant level, so we will be watching that level very close.

We still have the yield curve inverted across nearly all maturities. Here is the 10yr/3mo spread.

You can see that we haven’t had this level of inversion since the inflation times of the 70s and early 80s. Are we likely to see things play out like that period? According to FED Chair Powell, he has learned from that period and doesn’t want to make the same mistake. We’ll see if his desires translate to success (hoping they do).

Actually, we would argue he might be making a different kind of mistake. As you know, we have been saying that inflation peaked in the late summer and has since started to come down. But the FED is looking at lagging indicators, which by definition are backward looking. Thus, they inherently don’t give you a view into where the economy is headed real-time. We’ve mentioned Professor Jeremy Siegel and his outspoken views of the mistakes the FED is making. Here are his latest comments.

And his comments on employment.

In case you don’t think Professor Siegel knows what he’s talking about, how about Nobel laureate economist Paul Krugman?

Here are his comments on rent.

Notice they are both talking about inflation being much lower than the headline numbers that we have seen lately. But how is that possible, don’t we look at the same data? Not so much. We actually need to look at how CPI is constructed. Take a look at the breakdown of the components of CPI. 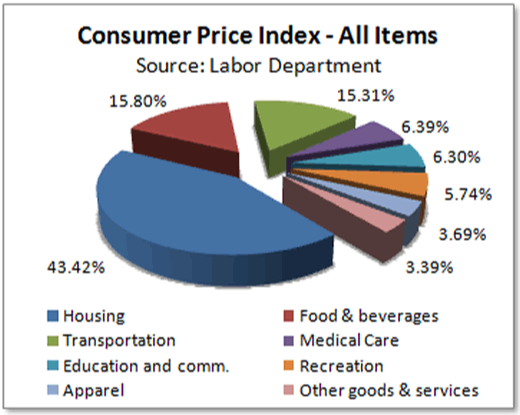 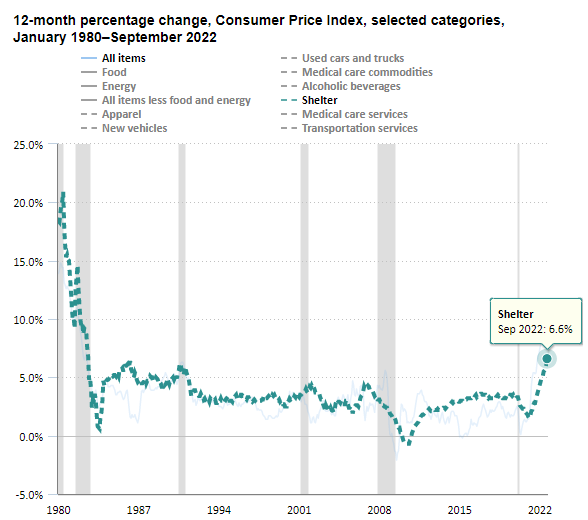 As you can see above, the backward-looking data is still showing shelter costs going up, but that is a lagging indicator. The October rent index is showing a drop in 61 of 100 markets.

If you factor in falling instead of rising rents, that brings down inflation much further than the FED is currently seeing. Throw on top of that used car prices, which had caused so much inflation during COVID. Take a quick look at that market in the chart below. Complete chaos right now.

Down 15.4% for 2022, down 10.6% year over year, and down 2.1% for the month. These are wholesale costs and have yet to fully work their way through to retail prices. But if you’re in the market for a car, you could probably start negotiating now.

Wage inflation and energy prices are the last two pieces that are sticky. Productivity is the key to keeping wage inflation in check, and while beating the economy down from the demand side certainly will help balance the supply/demand of energy, the answer is to broaden out supply of energy. Solar, wind, natural gas, hydro, and nuclear all must be part of the solution. Has anybody noticed the price of natural gas in Europe? Down almost 50% since the end of August.

Thanks for reading. Have a good week. Make sure you get out and vote today! Let us know if you have any questions about the market or larger planning issues.