Am I the only one confused?

We hope you had a wonderful Memorial Day weekend. As we mentioned in closing last week, we hope we individually and collectively never forget what the day stands for and embrace the freedoms those sacrifices have afforded us. As we now plow headfirst towards summer, we do so in the midst of a very confusing economic landscape. Today we’re going to just take a quick look at some of those conflicting data points and what they could mean in the months ahead.

Inflation is running rampant, but now 10-year treasuries are coming down.

Food prices are up across the board, with food at home rising faster than away from home.

Is this the reason everyone is going out to eat more, because it’s actually cheaper than eating at home?

And isn’t there a big issue with bird flu among chickens in the United States and abroad?

So why is Wingstop seeing deflation in their chicken wings?

There are nearly twice the number of open jobs in the US than unemployed persons, yet CEOs are “bracing for a recession”.

Meanwhile economic leading indicators have not yet rolled over even though several parts of the index are lower today than they were six months or a year ago. Those that are lower would be the stock market, consumer confidence, and the yield curve. Present situation for consumers is still holding in there, but everyone is sure the world is coming to an end, at least that’s what this next chart tells us. 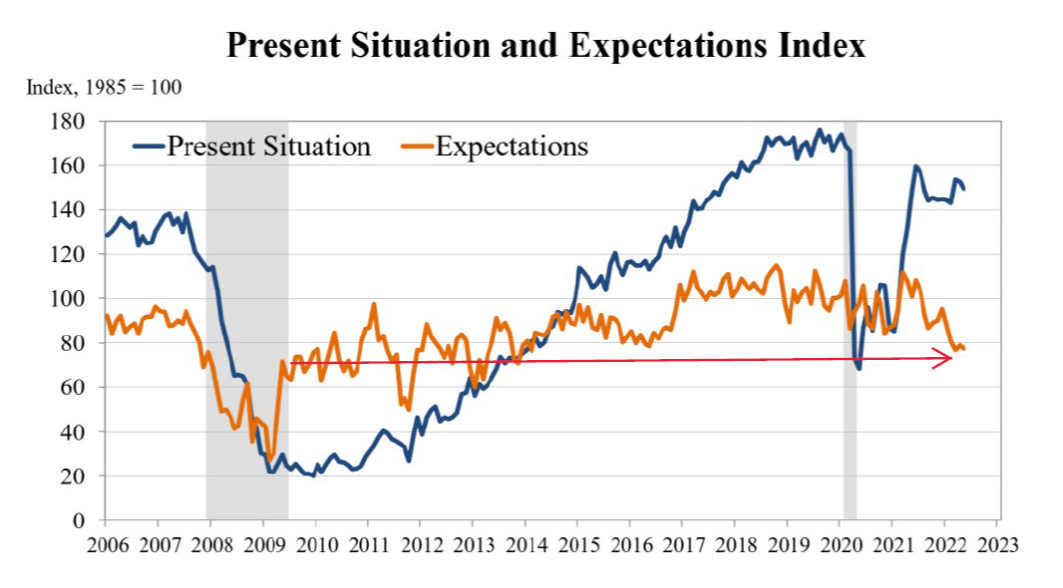 Then again, the expectations index has never really recovered after the GFC (Great Financial Crisis). We’re all just waiting for the next shoe to drop. I get it. I am too.

So, expect the Leading Economic Indicators (LEI) to roll over here in the next month or two. Here is a chart of the year-over-year change in LEI. 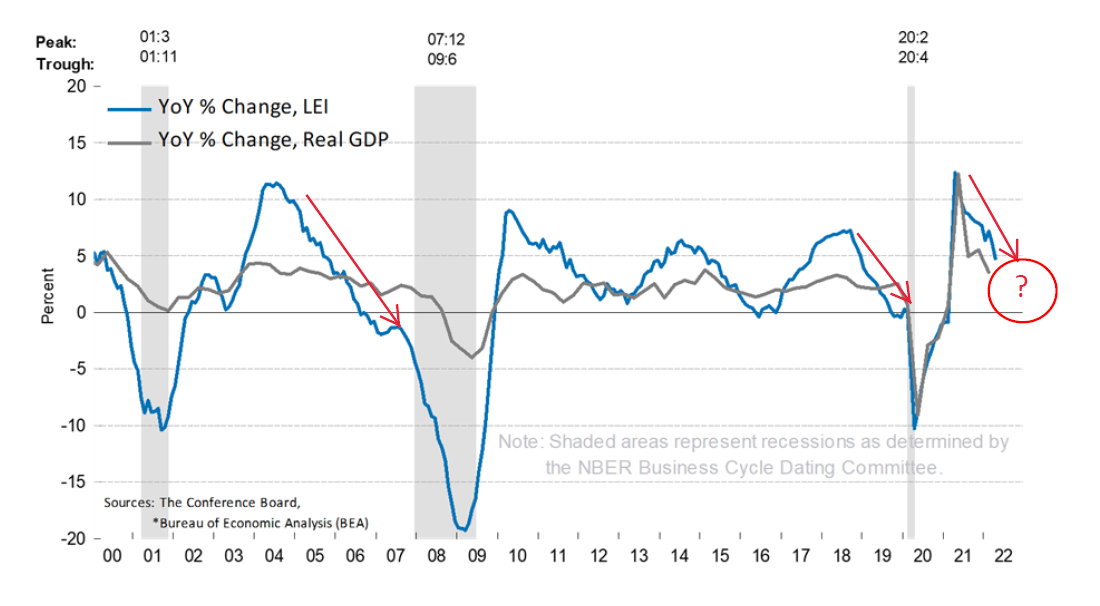 You can see that’s already turned down and looks like it’s setting up to reflect an upcoming recession.

Meanwhile the investment model is still hanging on to the last bit of hope that the bull market is still intact. If not, after 14 years of waiting for the other shoe to drop, it actually already fell, and we will know in the next 6-12 months that a recession has or shortly is starting (because we never know in advance that a recession has started).

Finally, the Fed Chairperson and the president met today and, as would be expected, the market sold off into the end of the day. That seems to reflect a lack of confidence that much of anything positive would come from that meeting. Here are some hot off the press quotes from the NY Times. 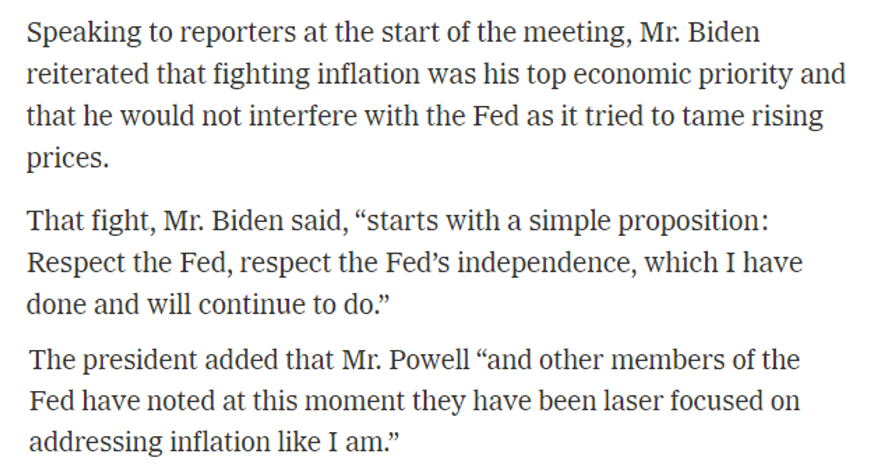 I’ll let these quotes stand for themselves and you all can have your own opinion of them.

While I think we are on course for a recession, the timing is by no means a guarantee at this point. There are too many things that need to fall into place for the economy to turn one way or the other. But I will say this one thing. If, as consumers and business owners, we “expect” a recession and therefore cut expenses and hiring, that will start the initial downward turn toward a recession.

Speaking of the opposite of a dour reality, be watching these emails in the weeks to come for the biggest smile you’ve ever seen on Jeff’s face…as the countdown is on (<1 month) to him becoming a grandpa!