A billion here and a billion there

As they say, at some point we’re talking real money. I guess now we should say a trillion here and a trillion there. At any rate, we’ve shown you this chart before, but let’s focus on this again.

$9 trillion dollars on the FED balance sheet, up from just shy of $4 trillion pre-COVID. Add on massive fiscal stimulus from the Federal government, both to fight COVID and help keep the economy from falling too far into recession. Not to mention giving people money to make up for closing down the economy.

It all adds up to a MASSIVE monetary stimulus in the economy and bottlenecks in the supply chain. It’s the classic definition of inflation…too much money chasing too few goods. Throw on top of that interest rates at ZERO (for too long) and you create an environment where risk-taking rules. Do I need to remind you of the Meme stocks? 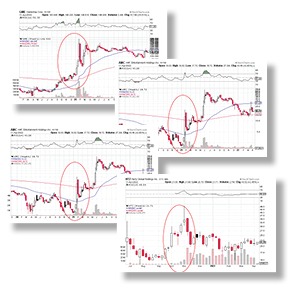 Now the FED wants to unwind this. Here’s a headline reflecting on last Wednesday’s release of the FED meeting minutes.

In addition, there was further guidance regarding interest rates.

The FED funds futures are pointing to two 50 basis point (bps) increases (90% likelihood) over the next two meetings. See below. 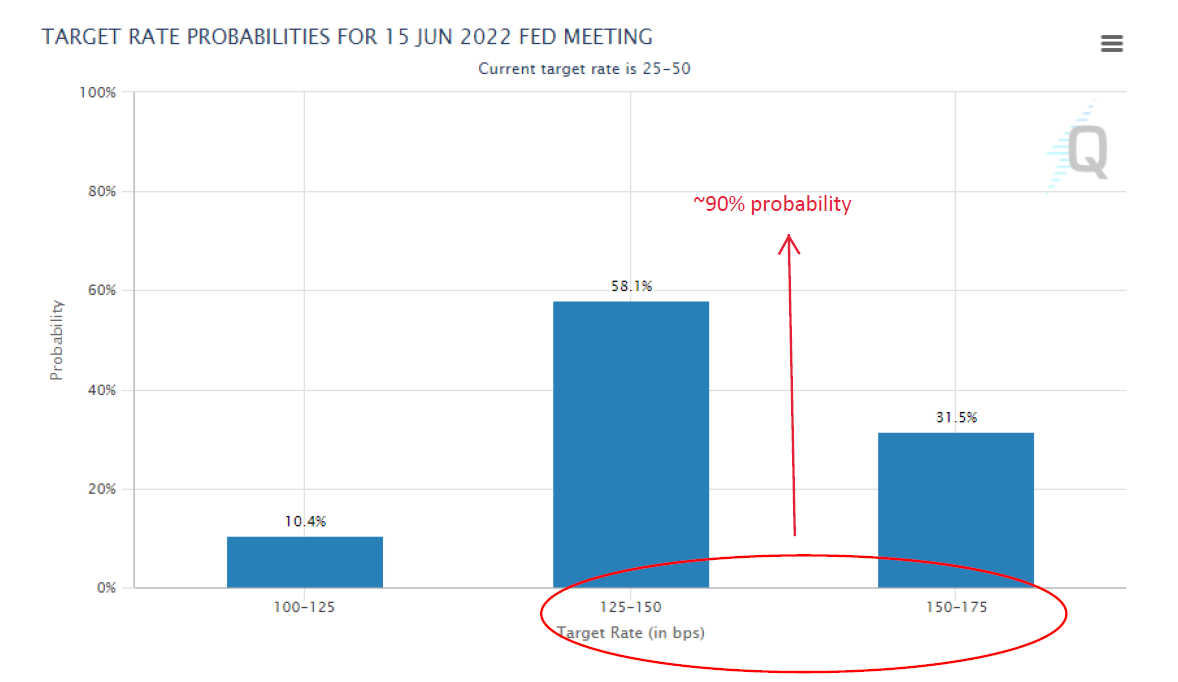 Current FED funds are 0.25%-0.5%, and are going to a likely 1.25%-1.5% by the June 15th meeting (next meeting is May 4th). That is obviously a big relative increase in a short period of time. It also gives rise to a potential policy mistake. Of course, if you believe the FED officials, they think they can engineer a ‘soft landing.’ Then again, a few months ago they said inflation was transitory. Now it’s out of hand and they have to stop inflation and will go after it hard.

I’ve shown you the elements of inflation over the last couple months. Clearly energy is still a problem with the war in Ukraine. We’ve all seen what housing looks like. It used to be just on the coasts, where prices were very expensive. But now, you can see in many cities that prices have gone up as much as double over the last few years. Is that sustainable? I would guess not. Why? Affordability. Houses are their second most unaffordable level in history (second only to 2007 housing bubble). Take a look at mortgage rates. 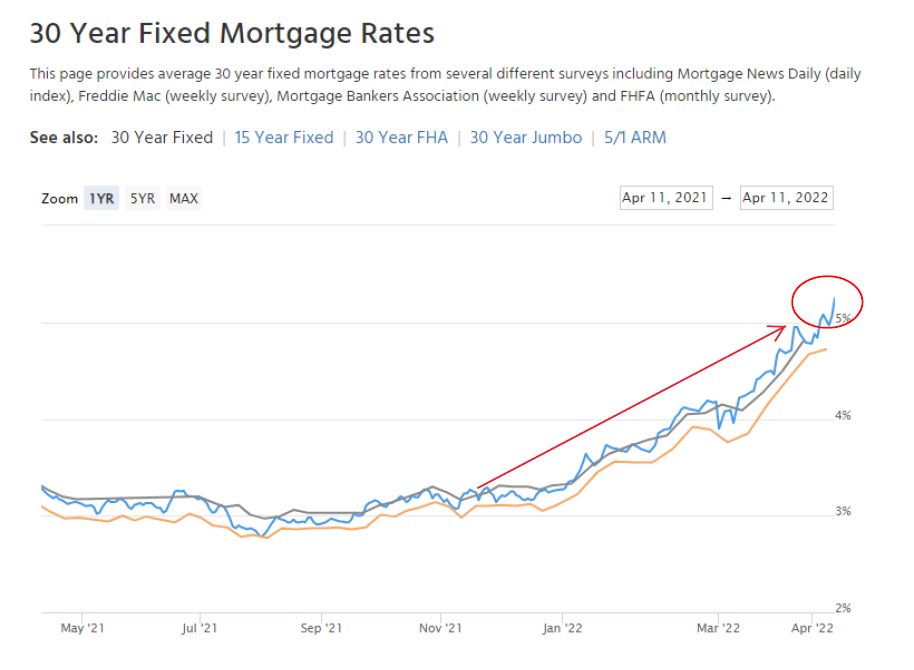 And remember we have been talking about an already slowing economy (note that slowing does not necessarily equal slow or weak, just that things are moderating a bit from recent strength). Take a look at the Atlanta FED GDPNow forecast. 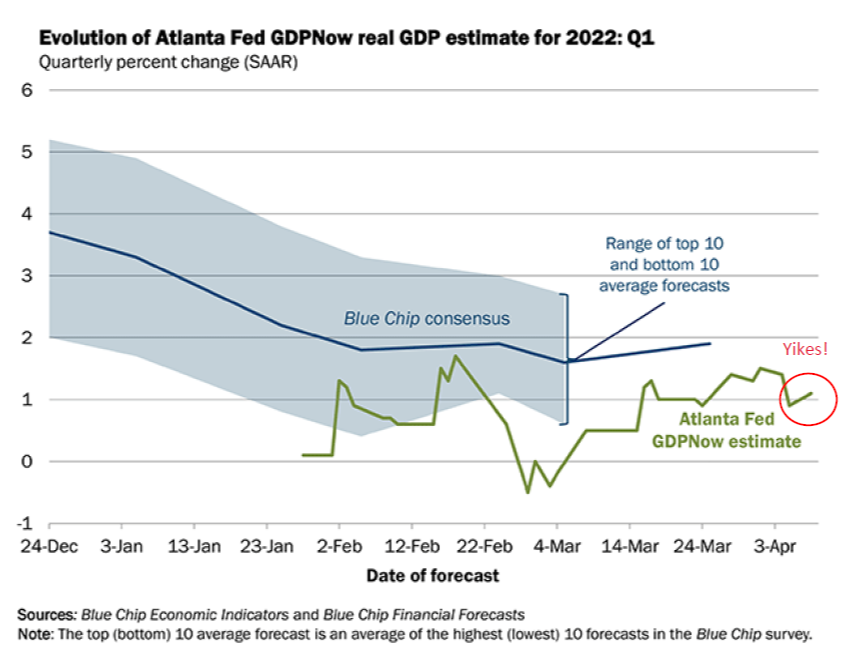 So, IF we take the FED at their word, they expect to raise interest rates between 1.75% to 2% this year. Mortgage rates are already above 5% and GDP is expected to be sub 2% for Q1.

You tell me if there is a possibility of a policy mistake. Of course, the stock market can shrug this stuff off for a while and then one day it decides it doesn't like how things are going. It reminds me of 2008. If you go back to that time, the markets were already in financial stress, and we had 20% to 25% cash in client portfolios at the end of 2007. But by May 2008, the markets were near all-time highs again, only to see the indexes crater by 60%+ by March 2009 – which oddly enough was really the start of financial manipulation by the Federal Reserve. The same manipulation we have now taken to new levels. The same manipulation the FED says they are going to stop.

So, the next two months will be critical. Not so much in the rate increases (because those have been built into the economy and markets already), but more about the narrative of how far the FED still wants to go. If they stick to their current stance, watch out. I’m not sure they will be able to do what they think. And if they have to reverse course, the market will have to unwind all the rate increases it has built in (favorable for both stock and bond investors).

We shall see. Have a good week and please do reach out with questions, comments, or concerns.